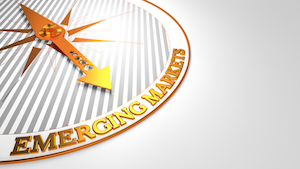 Since unveiling its solar roof tile designs a year ago, Tesla has been testing the product, which CEO Elon Musk says is going to be a significant part of the company’s business down the road.

“It just takes a little while to get [the] behemoth rolling, but once it gets rolling, it’s going to be a behemoth,” Musk said during a 3Q17 earnings conference call yesterday.

Musk noted that he has the tiles on the roof of his own home, and that “they are working right now.” But he added that the roofing system is expected to last at least 25-30 years, and there’s a certain rate at which the company can accelerate lab testing to guarantee that kind of quality.

“It’s hard to do it in less than about six months, and then we [have] to pack that into the production process,” he said.

According to Tesla’s Oct. 31 earnings statement, the company installed 109 MW of conventional solar panels in 3Q17. That’s a drop of about 80 MW from what SolarCity reported in 3Q16, just prior to its purchase by Tesla in November 2016.

Musk said during the earnings call that the company expects solar sales to “rebound,” as Tesla moves solar sales into all of its stores, which, he added, “is a much more efficient channel for demand generation.”

In May, Tesla stopped door-to-door solar sales, citing its desire to create a better experience for its customers.