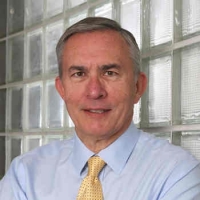 In the PV industry the traditional approach of using central or string inverters with the highest efficiency under lab conditions, and at the lowest cost per peak watt of power, is giving way to systems that are simpler to install with longer component lifetimes. These new systems harvest more energy in more diverse, real-world conditions.

One often-quoted measure of reliability is MTBF — Mean Time Between Failures. This is creating a common misunderstanding that a product with a high MTBF will last longer than a similar product with a lower MTBF.  This simply isn’t true, and the high numbers being quoted are adding to the confusion.  To illustrate this misunderstanding, the death rate for 25-year old humans is about 0.1% per year, which means that 25-year old human has an MBTE of 800 years.  Of course, we all know that doesn’t mean that s/he will last that long.

Suppliers in the solar industry quoting high MTBF numbers are misleading folks into expecting long system lives.  Such statements are factually wrong.  An MTBF of 600 years sounds great but 100% of the products may fail in a short time. Failures within 10 years are common for solar inverters.  This is because wear out mechanisms determine the lifetime of products, and these failure mechanisms are not predicted by MTBF.

Take a look at the MTBF basics. (See image below.) The so-called “bath-tub” curve is the most basic reliability concept. It’s a simple graph shaped like a bath-tub and shows that products first go through a phase called “infant mortality” where the number of failures over a given time is relatively high at the start. Things settle down for another period of time where failure rates are low – we’ll call this the “useful life” period. After that, wear-out mechanisms kick-in to increase the failure rate rapidly and the curve goes back up. The MTBF only gives a statistical indication of the failure rate that can be expected during the useful life period. It doesn’t say anything about infant mortality or wear-out mechanisms.

Figure 1. MTBF is only a statistical indicator of failure rates during the “useful life” at the bottom of the bathtub curve.

Most people would assume that they should buy a product that has an MTBF of 600 years vs. one with 300 years. The tacit assumption is that one is going to last twice as long as the other.  However, the truth is that there is nothing about these numbers to say how long either product will survive before “wearing out.”  It could be that the product with the MTBF of 300 years could actually live 40 years before the wear-out mechanisms it.  By contrast, the product with 600 years MTBF might have wear-out mechanisms that limit its life expectancy to 15 years or less.  If you know this, you would clearly choose the 40-year life expectancy product over the 15-year life expectancy product.

The use of MTBF as any indicator of expected operating life is further complicated by the way in which it’s calculated. Remember, without decades of experience to call upon in order to measure MTBF, it is just a calculation based on a set of assumptions about the components used in the product. Different methodologies will use different sets of assumptions.

Data from the European Power Supply Manufacturers Association, an independent trade body, found that MTBF figures for the same product could vary by 10:1, depending on the methodology used in calculating them. This is further evidence that an over-emphasis on MTBF as a measure of real-world reliability is just marketing smoke and mirrors.

So what does matter? In my view, this industry will increasingly see all suppliers of solar products provide accelerated life testing data borrowing from accepted tests and methods widely used in the electronics industry and essentially identical to requirements for solar modules, like IEC61215.  Such tests provide real data to support meaningful predictions of useful lifetimes of products deployed in real world conditions.  This is particularly important for the emerging micro-inverter suppliers as micro-inverters have to live outside exposed to the full temperature and environment extremes which are made harsher due to the heating effect of high solar energy falling on the modules. Temperatures can be as much as 50° C hotter on the back of a solar module.

Warranties offered by companies on their products will increasingly be in the spotlight. However, this will be credible only when data is supplied to support such claims.  MTBF predictions do not constitute credible data for this purpose. The PV industry will benefit from longer warranties but it’s critically important to provide the underlying body of accelerated life test data to support such warranty claims.

Paul Engle is CEO of Enecsys Ltd in Cambridge, England.  A serial entrepreneur, Paul has more than 30 years of experience in managing high tech companies – private and public, in Europe and the U.S. He’s been an executive with Hewlett Packard, Agilent and CEO of Avenex (NASDAQ).  He was previously a Professional Quality and Reliability Engineer licensed by the State of California.