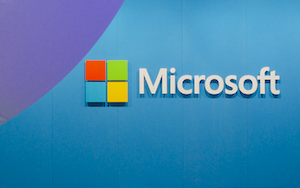 Microsoft Corp. yesterday said that it made the largest corporate purchase of solar in the U.S. from two projects in Virginia.

According to the company, it will buy 315 MW from the Pleinmont I and II solar projects, which are part of sPower’s larger 500-MW Pleinmont project. sPower is an AES and AIMCo company.

“Microsoft’s participation is a game-changer for this project and for other buyers,” Ryan Creamer, CEO of sPower, said in a statement. “Their early commitment helped ensure that the project continued to move forward and come to fruition at a time of regulatory uncertainty. Microsoft’s large off-take also helped us offer very cost-competitive options for other buyers looking at our Virginia portfolios. This model broadens the ability for buyers of all sizes to participate in a large project like this, yet only take the megawatts they need for their business goals. We’re proud to be working with Microsoft on this innovative approach.”

In its original application to the Virginia State Corporation Commission (SCC) last November, sPower said the Pleinmont project was planned in seven parts, with the first two comprising 300 MW. The company said it expected to complete construction on all parts of the project by the end of next year. The SCC has not issued a decision on the company’s application.

Earlier in March, Microsoft said that it plans to buy the output of a 60-MWp porfoltio of rooftop solar installations in Singapore to power its datacenters. The company has made previous investments in solar in Virginia, where it has a significant footprint of datacenters and office buildings.

Microsoft plans to power 60 percent of its datacenters with renewable energy by 2020. Half of the company’s datacenters current run on renewables.