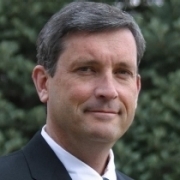 Joseph McCabe, solar industry veteran, often gets the question, “which CIGS company is going to emerge as winner in the race towards high efficiency thin film PVs?” First Solar has set the benchmarks, and newer companies are coming up with new ways to do thin film CIGS PV.

Joseph McCabe, solar industry veteran, often gets the question, “which CIGS company is going to emerge as winner in the race towards high efficiency thin film PVs?”

To provide an enlightened perspective to this question, some historical perspectives are needed.

First Solar (FSLR) has helped the thin film PV industry by proving that respectable solar-to-electric area efficiencies can be achieved in a low-cost manufacturing processes, with respectable performance over time. First Solar’s technology is cadmium telluride (CdTe) on glass. Previously, amorphous silicon (a-Si) was the thin film leader, with the highest commercially available thin film area efficiencies; currently they have a challenge in today’s low-cost, higher efficiency, crystalline PV market. Copper, indium, gallium, selenium (CIGS) currently holds the world efficiency record for a single layer thin film PV deposition in a laboratory setting. The promise of CIGS is that it can surpass the commercial manufacturing efficiency of the other thin-film technologies in the near term.

In a recent presentation at Intersolar North America 2010 in San Francisco, David Eaglesham of First Solar showed their CapEx (the capital expense for the plant and manufacturing equipment) at $0.75/W, roadmapping (RM, future expected levels) to $0.65/W; manufacturing (mfg) costs (including depreciation and recycling) currently at $0.81/W, RM to $0.52/W; and current area efficiencies at 11%, RM to 14%. So a CIGS-on-glass company will need to compete with these current and future benchmarks to be at least competitive with First Solar. Flexible CIGS might have some greater market opportunities discussed below.

A second order performance factor in the PV technology race is temperature correction. PV is a direct energy conversion technology, which works better at lower temperatures. As PV modules are integrated into conventional building materials such as single ply roofing, standing seam metal roofing, or automobile surfaces, the modules will become hotter, and thus perform less than rack mounted PV modules, which have air movement on the back sides. The moral of the finer system level details is that annual performance can vary with the various manufacturers’ module technology and should be a consideration when comparing various companies and technologies.

There is an additional economic metric required of PV systems, called balance of systems (BOS) costs. Most PV on glass has similar BOS, between $1 and $3 a watt system level installation costs. The lower the module efficiency, the higher the area related BOS costs. Comparing 10 and 20% efficient modules — both with area BOS of $2/W — the lower efficiency module has twice the costs because it uses twice the area. As the price of modules is reduced, the BOS becomes a more dominant factor in the installed system costs. A Deutsche Bank (DB) report expresses the concepts: July 9, 2007, DB “Technology and economics; thin films and crystalline silicon.” The costs are no longer valid, but the technology discussions are valuable. All manufacturers are being judged on their products utilization in a system that provides long term performance, expressed in the levelized cost of energy from the lifetime costs of the system.

Statements from the DB report: “CIGS on flexible substrates offers a potential low cost, higher conversion efficiency modules, but has yet to enter commercial production.” and “We believe that flexible substrate CIGS based modules could have excellent applicability for building integrated PV (BIPV) applications as well as other applications like consumer electronics, and portable devices.” Be looking for the flexible CIGS products that have both TUV and UL certifications, indicating successful completion of long-term performance and safety testing.

Some CIGS on glass companies have been around for a long time, such as Solar Frontiers (Formerly Showa Shell, formerly Shell, formerly Siemens…). They make a beautiful, monolithic black glass module with respectable performance, perfect for vertical building integration applications. Other, newer, companies deposit CIGS on glass, have flexible products, coat the inside of glass tubes with CIGS, etc. For CIGS, there is an inherent CapEx embedded in the deposition process. Current and RM CapEx should be considered for the various sputtering, electrodepositing, co-evaporation-in-vacuum or sintering processes used in CIGS manufacturing when comparing the various company technologies.

Look for low manufacturing and capital equipment costs for a high efficiency CIGS technology that can reduce balance of systems costs. The winner in the race towards higher efficiency CIGS thin-film PV systems will be the company that can provide long term confidence in their product, at system level costs similar or lower than First Solar, and solid business plan execution.

Joseph McCabe is a solar industry veteran with over 20 years in the business. He is an American Solar Energy Society Fellow, a Professional Engineer, and is internationally recognized as an expert in thin film PV, BIPV and Photovoltaic/Thermal solar industry activities. McCabe can be reached at energyideas@gmail.com.