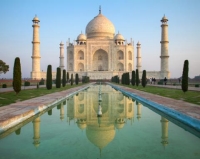 Can India leverage the dramatic changes occurring in the electric utilities industry, and rid itself of electricity shortages? Yes, it can leapfrog the traditional coal-based power paradigm, exactly as it did by embracing wireless telecom, and with equally spectacular results.

Most business students know that the structure of an organization influences its strategy, and vice versa. When faced with a turbulent environment requiring adaptation, CEOs re-structure businesses. Amy Larkin, author of Environmental Debt said, “Nothing except for nature can transform the world as swiftly as can business — for better or for worse.”

What happens when the macro environment requires the re-structuring of government ministries, in particular, the Ministries of Power and of New and Renewable Energy?  The rationale prompting the creation of these two separate ministries no longer exists. India’s challenge is to harness the energies of its entrepreneurs — thousands of them — toward a clean energy future. Public policy has a critical, enabling role, but the present ministry structure hinders.

From Political Compulsions to Industry Logic

The electricity industry is among the most dynamic and turbulent today. The only time in the past of comparable ferment was telecommunications in the mid 1990s. The telecom revolution gave us the Internet and universal mobile communications; the electricity revolution may yield 100 percent electrification.

India is better positioned than the industrialized nations to take advantage of the emerging transformation — it has little to lose, its infrastructure needs fixing; 300+ million people have no electricity, and the rest have intermittent supply. Under coal-driven generation regimes, its prospects are bleak. Coal burning is one of two principal causes of global warming, and its continued use is suicidal.

This dynamic context requires convictions born from deep experience and knowledge. The drivers of change are subtle and complex. For instance, public policy must a) balance between rural development and capacity additions, b) determine investment priorities, c) incorporate intelligent linkages among power, transport, and IT in the new infrastructure, and allow for charging of electric cars, d) take account of environmental consequences of business-as-usual, to mention but a few. This is a time for structural change and visionary leadership. By implication, domain expertise matters, and needs continuous strengthening. All-purpose ministers or seasoned bureaucrats will not do.

India should not lean on the expertise of the Planning Commission. The 12th Plan document on the power sector appears rooted in history. What should be the relative proportion of grid-tied renewables versus rooftop solar, and why? What is the role of microgrids in rural electrification, or solar photovoltaics in powering water pumps for agriculture and cellular towers? Neither the ministry nor Commission documents include credible statements of vision, white papers on key issues, or explorations of new policy directions. Budgets appear to be produced by slapping rupees against list items; processes of determining investment priorities are opaque; and plans extrapolate the past.

India needs someone with expert knowledge in energy. The U.S. chose Nobel winner Dr. Steven Chu as Secretary of Energy, a cabinet position in Obama’s first administration. The current energy secretary, Dr. Ernest Moniz, is a physics doctorate with academic and government experience.

The present ministry structure in India is based on generation technologies or fuel type — thermal power, hydro power, nuclear power, and corresponding organizations NTPC, NHPC, and NPCIL. New and Renewable energy, a separate ministry, and its execution arm, Solar Energy Corporation of India, also exist. Yet how relevant are generation-based organization structures?

India’s electricity management should be organized by markets, however small — by neighborhood, enterprise zone, housing society, campus, or municipality. Electricity no longer needs state-sized or national service areas. In fact, the states have an opportunity to break free from traditional thinking, and chart their own course for energy self-sufficiency by leveraging microgrids and entrepreneurs.

The “divisional” structure in energy needs consolidation under a “corporate” vision. A kilowatt is a kilowatt by any means produced. Neither the rotary motion of fans or mixers, nor light, nor refrigeration distinguishes among generation sources, or geographical size of markets. Small is beautiful again.

As fuel shortages and emissions costs are baked into energy economics, the price of traditional electricity will go up. As solar photovoltaics mature, their costs will go down. The optimum microgrid running economically, and competing with traditional electricity, will be smaller, less capital intensive, and eco-friendly than today’s generation, transmission, and distribution.

As the barriers to entry in the electricity business fall, new players will emerge. The rates of growth of microgrids can be high. Investors may value microgrid operators highly. There can be several providers in a given market, including the existing state-owned companies. With competition in electricity services, what will the new industry look like? Would private providers buy bankrupt state utilities?

India’s electricity shortages can be eliminated with bold policies that encourage thousands of new microgrid service companies. To formulate such policies requires unity of command, a single Energy Ministry led by a visionary minister.

An abbreviated version of this appeared in the Hindu Business Line on October 16.