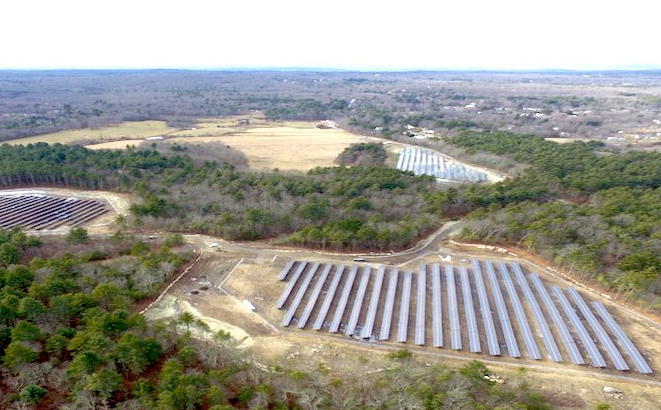 In January, Eversource filed a petition with the Massachusetts Department of Public Utilities (DPU) to increase their electric rates and change the way they charge customers for electricity (a.k.a., rate design). Vote Solar is advocating for fair rate design policies that foster the growth and accessibility of distributed generation, including rooftop and community solar.

Before getting into the details of Eversource’s proposal, a little background is necessary. In Massachusetts, Eversource owns and operates two electric utilities: (1) NSTAR Electric; and (2) Western Massachusetts Electric Company (WMECo). WMECo last filed a rate case in 2010. However, NSTAR Electric hasn’t had the DPU and advocates review all of the financials and how the utility makes money since the 1980s. The rate case that Eversource filed in January is for both electric utilities, and includes a significant backlog of issues that have been developing for decades.

There are many issues in this proposal, but the most concerning for the future of solar in the Commonwealth is Eversource’s proposal to charge solar customers differently than other customers. Currently, residential customers are charged two ways for the delivery of electricity: (1) a fixed monthly customer charge; and (2) an energy charge, which takes the form of a $ per kWh charge for the amount of electricity they use.

In addition to the existing charges, Eversource is proposing a third charge for solar customers called a demand charge. Demand charges take the form of a $ per kW charge based on how much electricity they use at their highest point.

Consider an average morning — the combination of the electric water heater for a shower, exhaust fan, coffee maker, and toaster all operating at the same time could set the price customers pay for their demand charge for the whole month. That charge will likely skyrocket in the summer when families run air conditioners.

The addition of a demand charge will both complicate the electric bills of solar customers, and also reduce the ability of customers to reduce their electric bill as a result of solar and energy efficiency. Demand charges undermine the economic benefits of solar and energy efficiency because while net metering allows customers to run their meter backwards with solar, that only impacts the part of their bill based on the amount of energy, or kWh, they use. By shifting more of a customer’s bill to fixed and demand charges, it lowers the amount of the bill they can easily control by going solar or saving energy.

Eversource’s proposal mimics that of utilities across the country attempting (so far unsuccessfully) to curtail rooftop solar progress with demand charges and is unwarranted, unfair, and discriminatory. If implemented, it will have a severe impact on the growth of solar in Massachusetts.

Another issue we are focused on is Eversource’s proposal to make money in a different way than they have in the past. Traditionally, utilities make money by deploying equipment, and gaining a return (and eventually a profit) on that equipment. Eversource is proposing to instead make money based on their behavior. If Eversource does something desirable (they propose a long list), then Eversource makes money.

While utilities should work in a socially responsible manner, the details are very important. One key questions is: are Eversource’s actions benefiting their customers or their shareholders? Do ratepayers need to pay more to provide an incentive to achieve the desired outcome, or would Eversource take the action anyway? As part of Eversource’s proposal, they are proposing to spend $400 million dollars on grid modernization. The grid modernization spending is part of the desired outcomes that Eversource proposes to earn a return on.

Additionally, Eversource is asking to make bigger profits than most other utilities nationwide. Eversource is asking for a “return on equity,” or ROE, of 10.5 percent, which represents their opportunity for profit on their investments. Electric utilities in New England, and across the U.S., only average an ROE in the low to mid 9 percent range. While a few percentage points may not seem like a lot, the implications are millions of dollars over time. To put this in perspective, a 10-year treasury bond garners an interest rate of around 2.5 percent.

There are many other components of Eversource’s proposal, but these are the issues that are concerning for clean energy progress and customer rights in Massachusetts.

This article was originally published by Vote Solar and was republished with permission.