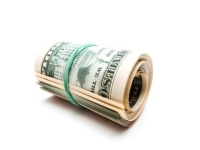 A new report out last week from Lawrence Berkeley National Laboratory (LBL), called “How Much Do Local Regulations Matter?” demonstrates that such steep declines are possible in the near term, even without any technological advances. (The same day, LBL released two other studies on solar, one of which I blogged on here.)  In fact, good local solar policies that cover everything from permitting — that is, getting local building department sign-off to install a solar system — to inspections and interconnection (getting your system connected to the electric grid) — can make a difference in home solar costs of as much as 15 percent. In other words, they can save the average homeowner installing a five kilowatt system an average of $2,500 or more.

The LBL researchers and their colleagues at Yale, the University of Texas at Austin, and the U.S. Department of Energy have concluded all this by analyzing two sets of data. One, about local permitting procedures and costs, was collected by our friends at Vote Solar, through their Project Permit program. (More on that later.) The other comes from the DOE’s Rooftop Solar Challenge, which brings “together local officials, utilities, private industry, nonprofits, and other stakeholders to simplify the solar installation process.” Like Vote Solar, the RSC collects data on permitting costs. But it also examines interconnection fees and processes, the availability to net metering, which allows solar owners to sell excess power back to the grid at a fair price, and financing options, planning and zoning issues.

After grinding through the data, the researchers found that cities, towns and other authorities with pro-solar permitting procedures alone can save homeowners between $700 and $900 per home system. That makes sense: If installers can file their permit applications online, and get approval that way, too, that saves them money that they can pass along to consumers. (Compare it to sending an employee down to the local buildings department to wait in line and you understand the cost savings.) The same goes for the number of new system inspections required and the time window installers have to leave open for inspectors to visit.

When you factor in questions like whether homeowners can sell excess power back to the grid, and whether their state or county allows third-party developers to install and own systems on homes and then sell the electricity back to the homeowner at a discount, through a process called a power purchase agreement, or whether similar solar leases are allowed, the savings differences can grow significantly.

What does all that mean for us solar activists and/or would-be solar homeowners? It means there’s a lot we can do at the local and state level to keep solar prices falling into the very affordable range. (Think about it: A $16,000 home solar system, which lasts at least 25 years? That’s cheaper than many used cars.)  At the local level, we can work with our mayors, our city councils and our local buildings departments to help streamline solar permitting procedures. (Vote Solar’s Project Permit can help. It collects information about local solar permitting rules and offers advice and best practices for changing them.) New York, for instance, offers a unified solar permit that any Empire State village, town or city can adopt. Enough nudging from residents can make that happen.

At the state level, there’s much to be done, whether it’s promoting legislation that will allow power purchase agreements and solar leasing in the states where they’re not currently allowed. Or, protecting or expanding net metering, which is a hot topic these days in many state legislatures and public utility commissions. Bringing all this to fruition is likely far easier than passing legislation in our gridlocked Congress.

“How much do local solar regulations matter?” LBL’s new report asks. The answer is: a whole heck of a lot.