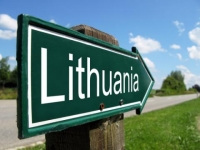 Vilnius, Lithuania — The early 2013 decision of the Lithuanian government to slash the generous feed-in tariffs (FITs) has dealt a blow to the solar industry in the Baltic country. However, those who stayed in the solar business scrambled to launch or ramp up solar equipment production to align it with the heavily funded European Union’s scientific research.

“There are a couple solar research and equipment manufacturing clusters, like JSC Precizika and Baltic Solar Energy Ltd., that in fact have muscled up during the otherwise bad times for national solar sector by attracting the EU funding,”  said Vitas Maciulis, president of the Lithuanian Solar Energy Association (LSEA).

The Precizika Group produces cutting-edge solar technologies, a result of the EU-supported investments in scientific research, development and modernization of technological processes. Meanwhile, Baltic Solar Energy has taken on manufacturing solar cells recently, and is already showing big earnings, expecting a turnover of $270 million by 2015, with exports accounting for more than 95 percent of the production. Precizika’s total yearly production capacity is currently at 60 MW, while Baltic Solar is at 70 MW, according to Maciulis.

“Baltic Solar Energy’s efficiency of its photovoltaic modules is 17.3 percent, which is one the best indicators in the industry,” noted Maciulis.

Bringing in more competition, the BOD Group Technology Center L.I.G.H.T WING opened in mid-October and produces solar cells and modules. Meanwhile, another solar equipments producer, JSC Via Sol Limited, is about to kick off its own production line.

Some experts note that when the lavish FITs had been in force, there had been a heated competition among solar developers over the solar generation permits. But now the tables have turned to manufacturing.

“Now we see a different kind of war. It is more heated than ever over the European money aimed to spur ecological and cutting-edge solar industrial plants. Only those companies that timely invested in solar research and production and work along with Western European partners to get the EU subsidies are doing well today. Those who focused instead on solar generation have ceased operations, or struggle now,” Edmundas Zilinskas, director of JSC Saules Energija, a solar cell producer, told Renewable Energy World.

There are only 80 solar projects that are over 30 MW in Lithuania. After the RES amendments in the beginning of the year, there have been zero new solar plants, according to the LSEA president.

For the solar equipment manufacturers this translates in huge decrease in turnovers.

“In our company it has dropped nearly four times. Perhaps we’ve made the same mistake as the majority of Lithuanian solar developers — we were planning the business long-term and have invested too much into solar generation. Redirecting the business has taken some precious time,” the director admitted.

Before the FIT cuts, Lithuanian manufacturers provided for 85 percent of the domestic market, but after the constraints that percentage has dwindled drastically.

“The bulk of our production is shipped to Western Europe, largely Germany, Switzerland and Austria. We are trying to avoid Russian, Italian and Spanish solar markets because of risks,” Zilinskas confided. He added: “If not the exports, all in the market in Lithuania would be wiped out.”

Maciulis agrees, but says the Lithuanian authorities have started to determine that the solar cuts were too drastic.

“Perhaps acknowledging [the too-drastic cuts], to my surprise, the Parliament’s Environment Committee has endorsed in the first reading the draft law on net-metering system application in Lithuania. If the draft turns into law, it will resuscitate the whole sector in the country,” the LSEA head said convinced.

According to the LSEA net-metering would add some 10-20 MW of capacity yearly, which now makes up 70 MW in the country. Lithuanian lawmakers are expected to start deliberations this year.

“Better times for the Lithuanian solar sector might be around the corner,” pondered the Association’s president.