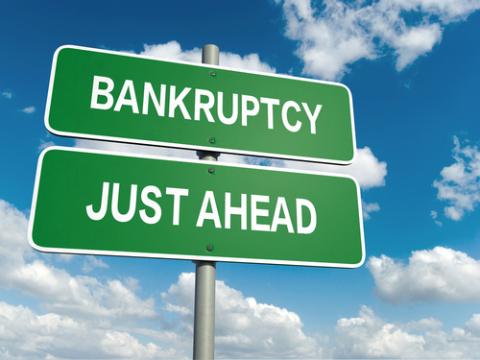 Delaware, USA — LDK Solar Co., the Chinese solar- cell maker that defaulted on its bonds this year, filed for bankruptcy in the U.S. to help carry out restructurings already under way in Hong Kong and the Cayman Islands.

Xinyu, China-based LDK filed for Chapter 15 protection today in Wilmington, Delaware, listing about $1.13 billion in debt and $510 million in assets as of May 31. Chapter 15 is the section of the bankruptcy code used by foreign companies restructuring abroad to fend off creditors and distribute payments in the U.S.

Affiliates in the U.S., including LDK Solar Systems Inc., sought protection under Chapter 11.

“Since 2011, the group’s financial performance has significantly deteriorated,” in part due to overcapacity in the solar-cell market, Tammy Fu, a provisional liquidator for the company in Grand Cayman, said in a court filing.

LDK is at least the fourth Chinese solar company in little more than a year that has sought bankruptcy or been forced to restructure its debt. Suntech Power Holdings Co., once the world’s largest solar-panel maker, and Zhejiang Topoint Photovoltaic Co. both filed under Chapter 15 this year.

Shanghai Chaori Solar Energy Science & Technology Co., the first company to default in China’s onshore bond market, is negotiating a restructuring with creditors in bankruptcy proceedings in Shanghai, according to a court statement.

LDK and its units filed for bankruptcy to protect U.S. assets and enforce a pre-negotiated turnaround plan it announced in September.

Regulators moved to delist the company’s stock in March after it filed a so-called winding up in the Cayman Islands, where it’s incorporated. The action was delayed by an appeal from the Cayman representative. The shares fell 18 percent to 14 cents at 1:17 p.m. New York time in over-the-counter trading.

LDK makes photovoltaic products used by solar panel makers, including solar cells, wafers, modules and systems, according to court documents. The company had about 8,300 employees worldwide at the end of September, Fu said in court papers.

Among the largest unsecured creditors listed in bankruptcy documents were holders of $284.7 million in senior notes due this year, with Bank of New York Mellon Corp. as trustee, and China Development Bank of Nanchang, Jiangxi, owed $17.9 million.