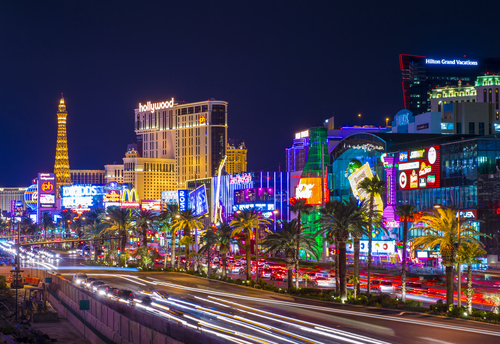 The city’s shift is a sign that renewable energy is becoming competitive with electricity generated from fossil fuels. It comes less than a week before an international conference aimed at completing a global pact on reducing greenhouse-gas productions begins in Paris.

“We will become the first city of our size in the nation to achieve 100 percent renewable energy for city operations,” Las Vegas Mayor Carolyn Goodman said in a statement.

NV Energy already provides some clean power to Las Vegas, and that will be boosted with energy from a 100 MW solar farm under development in nearby Boulder City. The proposal requires the approval of the Public Utilities Commission of Nevada and the Las Vegas City Council.

The city of Las Vegas had a population of almost 614,000, according to a 2014 estimate from the U.S. Census. That’s considerably more than the 50,000 residents who live in Georgetown, Texas, which in March said it would power itself entirely with renewable energy.