One thing should be clear: If there is a way to turn solar energy into a practical matter, California is going to find it.

In the meantime, California is trying any and every option to turn its undeniable richness of sun into a marketable commodity. At the state level, it has already instituted a limited and compromised version of the feed-in tariff concept behind Europe’s meteoric growth of installed solar energy capacity.

Now, the City of Los Angeles proposes to institute the most ambitious feed-in tariff ever, supported by the findings of its Designing an Effective Feed-in Tariff for Greater Los Angeles.

The report comes in the wake of a setback for charismatic young LA Mayor Anotonio Villaraigosa. An aggressive initiative to fund a New Energy plan that included 150 megawatts of solar capacity for his city through a utility rate hike was recently stopped cold, putting a serious crimp in Villaraigosa’s breath-takingly ambitious long-term goal of building 1,280 megawatts of solar energy capacity to provide 40% of LA’s power by 2020. His City Council would not approve the rate hike that it believed would make the burden of the current recession and its accompanying 12% statewide unemployment worse.

The basic idea of a feed-in tariff (FiT) is so practical most would-be rooftop system owners are surprised when their installers tell them it is not as yet commonly available. An FiT awards the owner of a solar system a per-kilowatt-hour payment (tariff) for all the electricity the system feeds into the city’s grid. ::continue:: 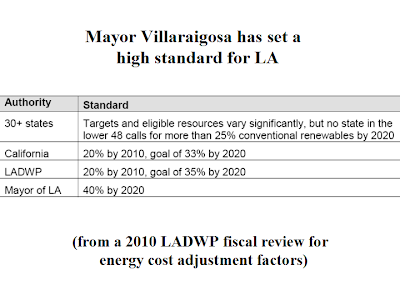 Villaraigosa’s plan includes a FiT program overseen by the LA Department of Water and Power (LADWP) as a lynchpin. The plan focuses not just on building solar capacity but on building the jobs and revenues the Mayor passionately argues will accompany the aggressive build-up of capacity that will come from an FiT.

Germany’s FiT made it the biggest generator of electricity from solar energy in the world despite its meager insolation (sun per square meter) and created over 100,000 jobs in half a decade. But Spain’s FiT created a bubble that burst. The keys to a successful FiT are (1) how the tariff is calculated, (2) where it is capped, and (3) how user-friendly it is. LA’s study explains why the state FiT is inadequate and how the City’s FiT can serve its Mayor’s ambitions.

The Mayor’s solar ambitions, entangled as they are in the complications of fossil fuel price volatility, a struggling economy and political opposition, make it clear that art was following life when, in the classic 1974 movie, LA’s politics were summarized in the immortal line, “Forget it, Jake. It’s Chinatown.”

But if anything can bring light to California’s hard times and LA’s dark machinations, it is solar energy. 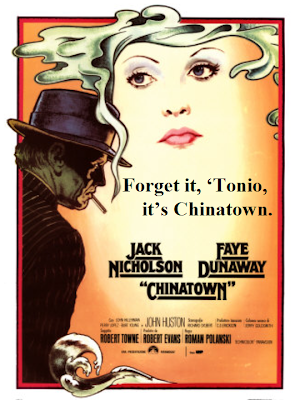 This post is based on Designing an Effective Feed-in Tariff for Greater Los Angeles by J.R. DeShazo and Ryan Matulka with Alexandra Kravetz and Gunsang Lee (April 2010, Los Angeles Business Council and UCLA Luskin Center/School of Public Affairs)