Massachusetts, USA — Global utility-scale PV added 14.2 GW in 2014 doubling 2013 totals and bringing total global generating capacity to 35.9 GW in 2014, according to figured released by Wiki-Solar. The 2014 additions equate to the entire installed capacity at the end of 2012, demonstrating recent massive growth.

The lion’s share of the total capacity is split between North America, Asia and Europe, while 2014 saw Africa and South America finally enter the mix with some sizable additions. Europe also saw new growth this year, after the stagnancy it saw years prior. Much of this growth has been centralized in the U.K. market, which may leapfrog India and Germany to become one of the top three global markets, according to Philip Wolfe, founder of Wiki-Solar. Much of this growth is due to favorable policy that is set to expire, which means that the region may soon see stagnation again soon.

China, India and the U.S. will see more stable long-term growth, as well as Chile, Japan and Canada. 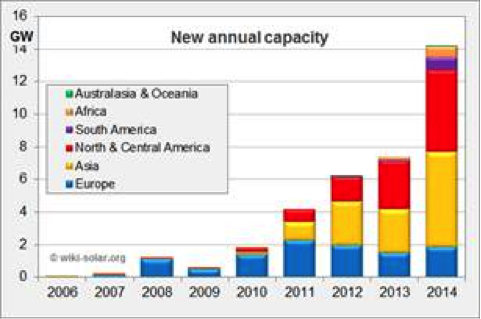 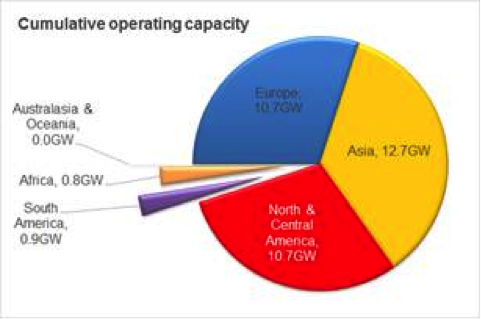 These results are based on data published by the end of February 2015. Wiki-Solar emphasizes that the figures tend to creep further upwards as information is published over the course of the year.

The installed capacity of utility-scale power plants in the leading countries at the end of 2014 was: 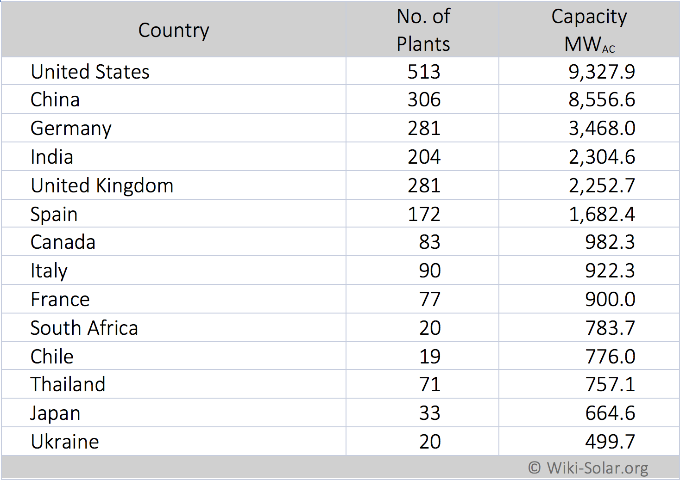 All top 14 countries shown above, apart from Ukraine, will likely be in the “gigawatt plus club” by the end of 2015, according to Wolfe, and we’ll also see some new entrants in the years to come.