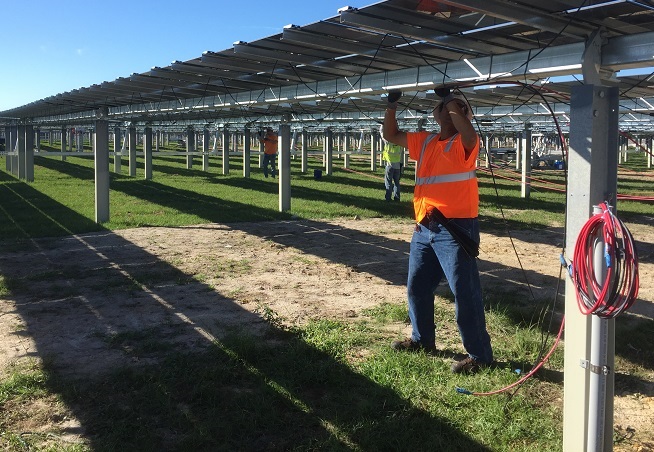 The COVID-19 pandemic has crushed the economy pretty much everywhere and once fast-rising carbon-reduction entities were not spared, either. And that’s putting it mildly.

A new analysis of U.S. Department of Labor unemployment data indicates that almost 600,000 clean energy industry workers have lost their jobs since the spread of the coronavirus forced an economic shutdown. The analysis was released today by a group including E2 (Environmental Entrepreneurs), the American Council on Renewable Energy, E4TheFuture and BW Research Partnership.

The combined data analysis found that about 594,000 people working in clean energy occupations—or nearly one-fifth of that workforce—filed for unemployment benefits in March and April. Clean energy has recently been one of the biggest new technology job creators, but the shutdown has wiped out double the number of jobs generated since 2017, according to the report.

“Renewable energy job losses in the month of April were unfortunately even worse than we feared,” Gregory Wetsone, president and CEO of the American Council on Renewable Energy, said in a statement. “The COVID-19 pandemic is delivering an unprecedented blow to renewable industry workers, whose job losses more than tripled over the past month. Congress can help get these Americans back to work, and help get our economy back on track, with commonsense relief for time-sensitive tax credit deadlines and temporary refund-ability for renewable tax credits that are increasingly difficult to monetize.”

All of those advocacy groups involved in the analysis expressed fears that the clean energy job losses will mount unless Congress and President Trump step in to offer some kind of help. The overall damage could reach 850,000 in job losses if nothing is done, the group contends.

The legislative and executive branches, for all of their election-year infighting, have managed to agree on trillions in economic stimuli for the taxpayers and financial sectors, but so far have compromised on little else. The Democrat-held House of Representatives could likely support help for clean energy companies, but President Trump’s administration has long expressed sympathies toward conventional power resources such as coal and nuclear which have struggled to compete in recent years.

The hardest hit sector is easily energy efficiency, with some 310,000 job losses last month and 413,000 since the coronavirus shutdown began. Renewables is next with 95,500 jobs lost, while clean vehicles, grid and storage, and clean fuels account for the rest of the unemployment statistics.

“And the data does not suggest that we have yet to hit the bottom,” Phil Jordan, vice president and principal at BW Research Partnership, noted in the joint release by the analysis partners.

Renewable energy lost nearly 13 percent of its workforce in April, according to the report. So far that part of the clean energy industry has seen nearly 100,000 of its workers out of jobs since March.

Utility-scale wind and solar photovoltaic accounted for about nine percent of the U.S. electricity generation mix last year, according to the federal Energy Information Administration. The output was about 370 billion kWh, the EIA data shows.

Before COVID-19, some 3.4 million American workers were employed in the clean energy sector.

Results from a recent Energy Efficiency Indicator study by Johnson Controls found that 75 percent of organizations planned investments in energy efficiency, renewables or smart building technology over the next year. However, that report was conducted prior to the news of the global coronavirus spread.