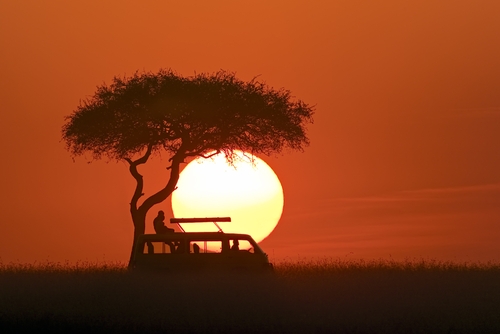 NAIROBI — M-KOPA LLC, a mobile-technology startup, is extending credit to low-income earners in Kenya to buy solar-power systems that are otherwise out of their financial reach, Managing Director Jesse Moore said.

The company, whose name means to borrow in Swahili, has sold 1,000 units since it began offering the product commercially in June, Moore said in a phone interview yesterday from Nairobi, the capital. The target is to reach sales of “tens of thousands” of units within a year, he said.

“We are giving people a modern, cleaner and longer-lasting technology for less than what they would spend on kerosene or another inefficient substitute,” Moore said.

About 80 percent of Kenyan households rely on kerosene for lighting because they aren’t linked to the national electricity grid, which doesn’t reach many rural communities and requires a connection fee of at least 35,000 shillings ($412). Inhaling fumes from fuels, including the coal and biomass used to power stoves and lamps in many developing nations, has the same effects on an individual’s health as smoking two packs of cigarettes a day, according to the World Health Organization.

M-KOPA’s product isn’t the only pre-paid solar–power system being geared for the poor in Kenya. Azuri Technologies Ltd., a Cambridge, England-based company, plans to install 4,000 of its Indigo solar pay-as-you-go units in Kenya by year-end, Chief Executive Officer Simon Bransfield-Garth said in a phone interview yesterday. He declined to specify the number of units the company has already sold in the country.

The M-KOPA system, which is marketed by dealers in Nairobi and western Kenya, comprises a 4-watt rooftop solar panel, a control box that attaches to the wall of a home or business, three lamps and mobile-phone chargers.

Under the payment plan, the system costs 16,900 shillings, or about $199, in a country where the annual per-capita income is $820. Clients make a down-payment of 2,500 shillings and then daily installments of 40 shillings until it’s paid off.

After that, the owners get power for free. By comparison, Kenyan families spend an average of 50 shillings a day on kerosene to light their homes and fees to have their mobile phones charged at places that have electricity, according to research by M-KOPA.

George Miruka, a 36-year-old father of four, said he stopped worrying about the fire-risk from kerosene lamps after outfitting his mud-walled hut with an M-KOPA system last month. “My children are safe,” Miruka said.

He earns 5,000 shillings a month sterilizing an operating theater and cleaning a local hospital in Oyugis town, 248 kilometers (154 miles) northeast of Nairobi. “The solarsystem works when I have credit in my account, so I make bulk payments to ensure the system always keeps going,” Miruka said by phone. “I have 264 days remaining to complete my payment.”

Payments for M-KOPA are processed by Safaricom Ltd., East Africa’s largest telecommunications provider, through its mobile-phone money-transfer platform known as M-PESA, at rates of as low as 5 shillings, Moore said.

That allows M-KOPA to tap into M-PESA’s 15.1 million customers, comprising almost a third of Kenya’s population. An estimated 33 percent of Kenyans are “financially excluded” and don’t have savings accounts, credit cards or access to loans, according to the Kenya Financial Sector Deepening program in Nairobi.

“This system addresses some fundamental issues at the bottom of the economic pyramid with 70 to 80 percent of the country living without grid electricity,” Bob Collymore, chief executive officer of Safaricom, said in an interview on Oct. 3. “Children can’t do homework at night without light, and the use of kerosene also concerns us at an environmental level. We can use our technology to address these issues.”

M-KOPA’s director of strategy and co-founder, Nick Hughes, is the former head of global payments at U.K.-based Vodafone Plc, where he helped start M-PESA in 2004. Vodafone has a 40 percent stake in Safaricom. Competitors Bharti Airtel Ltd., Telkom Kenya Ltd. and Essar Telecom Kenya Ltd. have since started operating mobile phone-based banking systems in the country.

M-KOPA is considering offering other “pay-as-you-go” products to markets in developing countries including irrigation systems, refrigerators for shop-owners to cool drinks and snacks, as well as sewing machines, Moore said.