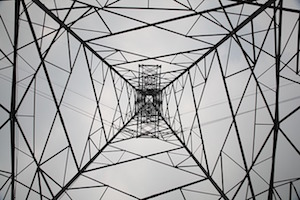 Kenya Power Company, Kenya’s largest power utility, should come up with technical regulations that require only solar PV inverters with smart grid management functions are connected to its distribution grid.

Guido Baumstieger, product manager at SMA Solar Technology, a Germany global specialist for PV systems, which has been providing training on use of its products in Kenya through the SMA Solar Academy program, also said the solar PV inverter smart grid management functions should be included in the national grid code, which is currently under review.

“Kenya Power Company, which owns the distribution grid, should define smart grid management functions together with the market regulator, the Energy Regulatory Authority, so that only high-quality solar PV inverters are available in the market,” he told Renewable Energy World in an email response.

“Use of solar PV inverters with smart grid management functions would lead to quality distribution systems and could win the confidence of financiers who can provide loans to residential and commercial segments to cater for upfront costs for the installation of generation systems,” he said.

Baumstieger said the issue of quality inverters is critical now because of the entry of cheap inverters into the East Africa market, especially from Asia.

The Energy Regulatory Commission, Kenya’s energy sector regulator, is working on the final draft of the National Distribution Code, which provides market guidelines for power connection to the grid and has specific requirements for averting current peaks or harmonics in the distribution grid.

A previous report published under the Project Development Program (PDP) East Africa that is implemented by the Deutsche Gesellschaft für Internationale Zusammenarbeit on behalf of the German Federal Ministry of Economics and Technology, suggested additional proposals to the national grid code to allow for inclusion of inverter based generators, or generators connected to the low voltage grid.

The report, ‘Technical and Economical Assessment of Net-Metering in Kenya’ said that including these inverters in the national grid code “would clarify the requirements for potential independent power producers.”

PDP recommended that only PV inverters that meet all these requirements be allowed into the Kenyan grid.

Baumstieger said inverters that meet international standards, especially those harmonized with the German inverter standards, would create benefits for both the country’s power utility Kenya Power Company and private customers in all categories, including residential (0-10 kW), small commercial (10-50 kW) and commercial (50-1,000 kW).