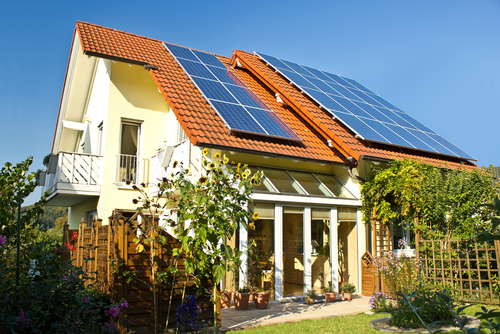 In its first opinion letter of the year, the Kansas Department of Revenue (DOR) confirmed that under Kansas law only a utility can sell power to a residential customer. The text of the letter references the request as being made by a residential solar company, but the identity of that company is redacted.

As the request was addressed to the DOR, the question presented was phrased as a sales tax question; however, it effectively raises a question of utility law and policy. The residential solar company asked how the Kansas sales tax rules would be applied to a power purchase agreement (PPA) between the solar company and a residential customer. The DOR declines to answer the question because the “company cannot lawfully enter into a PPA with a Kansas resident, [the] question about the taxability of the charges that you will bill to a Kansas customer under a PPA presents a question that cannot currently arise under current Kansas law, and therefore has no practical significance.”

In an incongruity in Kansas law, net metering up to one percent of a utility’s peak demand is allowed, including for residential customers. It would seem likely that if Kansas energy policy was sufficiently sophisticated to embrace net metering that it would also embrace solar companies providing PPAs. Without the PPA option, Kansas customers are left having to own or lease solar power systems. This situation is not unique to Kansas; Arizona and Los Angeles County have similar regulatory prohibitions regarding PPAs and consumers.

The ruling turns on a point of Kansas utility law that seems relatively clear: only a regulated utility in Kansas is authorized to sell electricity to a consumer, which invites the question as to why the solar company went through the effort to submit the request to the DOR. One possibility is that the solar company may be seeking to publicize the fact only a utility can enter into a PPA to provide solar, or any other kind of power, to a residential customer in Kansas. Thus, the ruling may be a component of a political strategy to urge the Kansas legislature to change the pertinent statute. The ruling refers to this possibility with: “If the Kansas legislature acts to legalize such PPA agreements, please resubmit your question if it has not been directly answered by the new legislation, and the department will attempt to answer it.”

One oddity in the ruling is that the author included a gratuitous reference to the sales tax treatment of PPAs under New York law: “New York state law allows PPAs to be entered into by New York homeowners and third-party developers like your company. New York Technical Memorandum TSB-M-15(5)S discusses how New York sales tax applies to electricity that is billed to a homeowner under such a PPA agreement.”  It is possible that the solar company that requested this ruling persuaded the DOR to include that language to highlight the fact that PPAs are permitted elsewhere in the country.

This article was originally published in Tax Equity Telegraph, and was republished with permission.