The issue: Although panel prices have plummeted in the past five years, installling a rooftop system in the U.S. costs twice as much as it does in Germany. The cause: According to Solar Freedom Now, a new grassroots organization led by industry veterans Barry Cinnamon, Ron Kenedi, Jesse Pichel, Paula Mints, and Tom McCalmont, it all boils down to “soft costs.”

These extra expenses include local permitting, multiple inspections, lengthy incentive documentation, interconnection requirements and more. While a German consumer simply fills out a form and follows a simple, standardized process, American consumers are bogged down with time-consuming paperwork and expensive, confusing procedures. 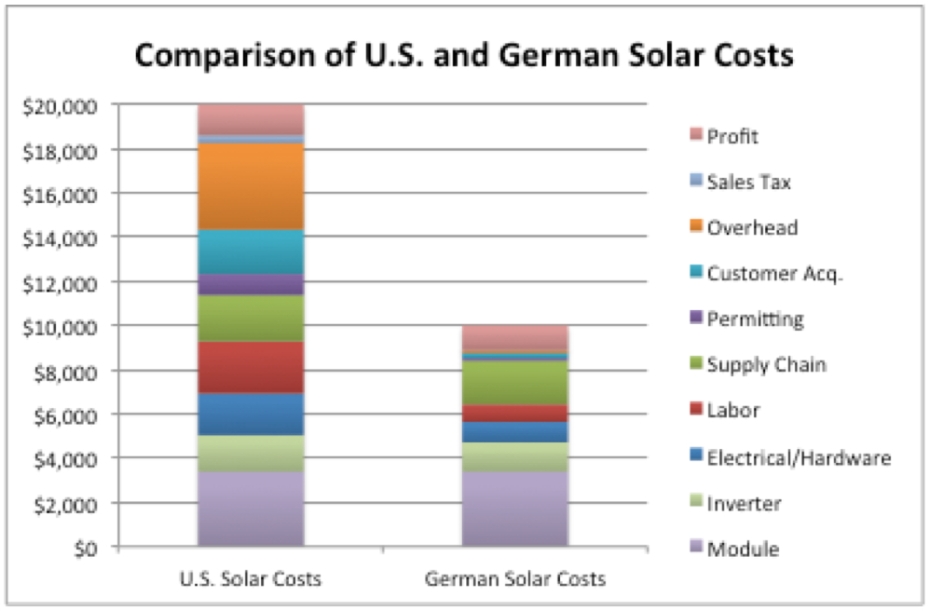 “In order to lower the price of a solar system, it’s easier to find a way to cut red tape by 20 percent than to find another 20 percent in incentives or reduced equipment costs” said Kenedi in a release. “Eliminating the paperwork and red tape is the industry’s biggest cost saving opportunity.”

Though this issue isn’t a secret — many towns and jurisdictions have tried to simplify paperwork and procedures, yet none have been able to scale their efforts — Solar Freedom Now has outlined a step-by-step procudure to reduce these costs nationwide.  The group is calling for “a single national policy that would grant homeowners the right to install a standardized, under 10-kw system, using UL listed components, following National Electrical Code standards, installed by a qualified contractor and subject to a single local inspection,” according to a release.

Download Solar Freedom Now’s recently released white paper “A Roadmap for Reducing Rooftop Solar Costs by 50%” here, and watch Barry Cinnamon explain the details of the cause below.