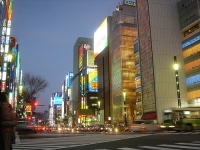 Last year, the Japanese government announced the creation of a national feed-in tariff (FiT) for solar, joining Germany and China in creating robust public policy to drive deployment of renewable energy. The program is set to launch on July 1 and solar is regarded as one of the brightest spots in the Japanese recovery from the tsunami.

The new program will guarantee payment of 40 Yen/kWh ($0.50) for solar energy produced by projects >10kw (non-residential) and 42 Yen/kWh ($0.53) for energy from projects <10kw (residential) for twenty and ten years, respectively. Today, installed system prices in Japan far exceed global norms – 2011 system costs averaged about $6.25/w reflecting a high cost of regulation, grid connection, land, labor and construction costs in Japan as well as a module supply largely dominated by higher priced domestic manufacturers. Solar panel prices in 2011 ranged from 150 to 200Yen/watt ($1.90-2.70/w) which is almost twice what installers in the U.S. pay.

Analysts agree that the FiT is high and a revision is expected in March 2013, likely contemplating lower installation and panel costs as large scale system installers gain experience and lower cost imported modules capture a greater share of the market. Although the government expects the current FiT to create internal rate of returns of 6 percent for non-residential and 3 percent for residential systems, analysts predict higher returns as module competition increases. Domestic manufacturers like Panasonic, Kyocera and Sharp dominate the Japanese market today with strong brand recognition and good product reliability. SunPower, Suntech and Canadian Solar are the biggest non-domestic players, but other panel manufacturers like Trina Solar, Yingli Solar, and JA are positioning themselves to grab a piece of this increasingly important market.

Over the next few months, news rules are expected to reduce the cost, burden and delays associated with installing systems over 2MW. These changes as well as the new Energy Master Plan calling for 20-35% of energy generated by renewables is expected to accelerate Japan’s solar market. In 2011, approximately 1.3GW was installed and experts expect that number to grow to 2.3-2.5GW for 2012 and 3.0GW in 2013. Big box stores (like the U.S.’s Best Buy) are heralding the upcoming solar FiT tariff and enthusiasm for solar continues to grow. Longer term, Japan expects to have 28 GW of solar capacity installed by 2020 and 50 GW by 2030, making it among the top five global solar markets according to SolarBuzz.

And solar can’t get there soon enough… Following the nuclear disaster at Fukushima-Diachi, the Japanese nuclear program came under severe attack. Today, there are no working nuclear facilities in Japan, reducing the country’s energy generation capacity by 25 percent. With a hot summer looming, the Japanese expect significant power shortages to roll through the country. Solar is an excellent hedge against peak power spikes, since it produces the most energy during the heat of the day when air conditioning demand is highest.

A predicted steamy summer and the scheduled FiT reduction in March 2013 could “heat” up the Japanese solar market like we haven’t seen since the Italian market took off in 2010. Kampai!