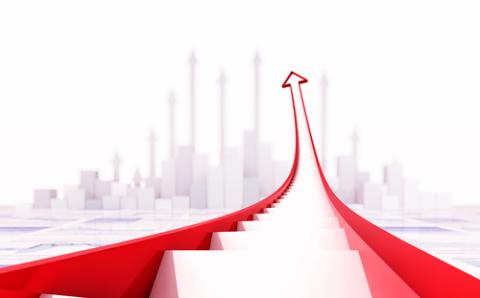 TOKYO — Domestic shipments of solar cells and modules in Japan leapt by their most in at least 30 years last fiscal year as government efforts to spur clean energy after the 2011 Fukushima disaster began to pay off.

Local shipments rose to 3,809 megawatts in the 12 months ended March 31 from 1,404 megawatts the previous year, the Japan Photovoltaic Energy Association said today on its website. The increase was the largest since 1981 when the figures were compiled for the first time.

The data underscore the popularity of solar in Japan as pressures mount to boost energy supplies after the Fukushima Dai-Ichi accident led to the shutdown of almost all the nation’s nuclear reactors. Japan started offering above-market rates in July for renewable sources such as solar and wind.

The incentives, also known as feed-in tariffs, are boosting applications for solar installations across the country. The Ministry of Economy, Trade and Industry approved 12,258 megawatts worth of solar projects — both residential and non-residential — by the end of February. That accounts for 94 percent of all applications for clean energy tariffs since the program started.

Approved solar projects are the equal to almost half of Japan’s installed capacity of clean energy at the end of 2012, according to data compiled by Bloomberg New Energy Finance.

While Japan’s solar installations are forecast to lag China’s this year, the country is set to become the largest market in terms of revenue, researcher IHS Inc. (IHS) said in a statement on May 29.

“Japan is forecast to install $20 billion worth of PV systems in 2013, up 82 percent from $11 billion in 2012,” IHS said. “In contrast, the global market is set for tepid 4 percent growth. The strong revenue performance for Japan this year is party driven by the high solar prices in the country.”

The world’s third-largest economy had cumulative solar capacity of 7,429 megawatts, compared with 32,192 megawatts in Germany, 8,069 megawatts in the U.S. and 6,539 megawatts in China in 2012, according to London-based BNEF.

Imports made up 40 percent of Japan’s domestic shipments of cells and modules in fiscal 2012, data from the Japanese solar group showed.

Imported solar products accounted for 0.1 percent of all domestic shipments in fiscal 2008 before jumping to 11.3 percent the following year, according to the group. In fiscal 2010 and 2011, imports totaled 15.8 percent and 21.5 percent of shipments respectively. Imports include products made overseas by Japanese solar panel makers.

Imported modules made by non-Japanese companies totaled 869 megawatts, accounting for 22.8 percent of all modules shipped in Japan in fiscal 2012, the association said.

Exports of cells and modules fell to 562 megawatts from 1,281 megawatts, according to the statement.

For the three months to March 31, domestic shipments rose to 1,734 megawatts, more than four times the 392 megawatts shipped in the same quarter a year ago, according to the group. Exports for the quarter fell to 130 megawatts from 163 megawatts.

The data was compiled from 34 companies including Sharp Corp. (6753) and Suntech Power Japan Corp.