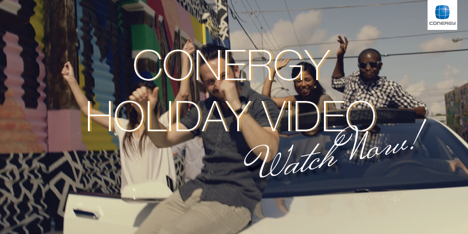 Today showed me that democracy works. This morning, Congress and Senate voted yes to the Omnibus Bill, including the extension of the Federal Solar Investment Tax Credit (ITC). The ITC helped annual solar installation in the U.S. grow by over 1,600 percent since the ITC was implemented in 2006, creating hundreds of thousands of jobs, and supported the cost of solar PV dropping 95% since 2008.

At Conergy, as devoted workers in the solar industry, committed to our company mission to preserve the planet and power the world, we have been picking up our phones fight for the ITC for months and are elated to see that our representatives responded!

This is a big deal. By voting the ITC extension into law, the Congress and Senate have saved 200,000 solar jobs across America. The major solar research firm, GTM Research, now projects that installations under this extended ITC will increase 54% between 2016-2020. That means 54% more work and hundreds of thousands of additional jobs in solar if passed today.

This bill supports a future of financial wealth and environmental health for millions of people. According to Bloomberg New Energy Finance (BNEF), the bill will also spur over $73 billion of renewable energy investments and power 8 million more American homes with clean electricity.

We are one of the largest solar companies in the world, an early solar darling of Germany’s solar boom, and seventeen years old. This year, we established an Americas headquarters in Miami, Florida. Florida, while being “The Sunshine State,” has a much smaller solar industry compared with the rest of the country; however, with our expertise and the ITC, we know we will support Florida’s solar industry in creating thousands of jobs over the next five years.

The ITC extension levels the playing field for solar when compared with fossil fuels. Now, we can compete in a fair and open market.

To celebrate the many benefits of solar this holiday season, Conergy has launched this creative holiday music video today:

Cheers to an ITC extension! Now, we can enjoy the holidays and look forward to an even brighter 2016!