More
Home Energy Efficiency Is There Still Hope for PACE? 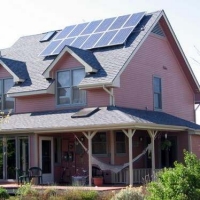 New York, NY, USA — It’s been quite a year for PACE, the innovative renewable energy and energy efficiency financing mechanism that originated in Berkley, CA in 2007. The program makes loans available to homeowners to defer the cost of renewable energy or energy efficiency equipment and installations that are then paid back through assessments on the homeowner’s property tax. Municipalities raise the money to lend to homeowners through bonds.

The full name of the program is property-assessed clean energy financing and it was really starting to pick up steam with 20 other states plus DC having passed some sort of PACE legislation by the first quarter of 2010.  One very beneficial aspect of the program is that homeowners are allowed to transfer the loans if they sell their property.  This took the risk out of financing the installation of solar equipment or making energy efficiency upgrades because the loan stayed with the home.

But the program effectively came to a halt in September this year when Fannie Mae and Freddie Mac issued guidance requiring that homeowners who hold PACE loans pay them off entirely if they refinance their mortgages or sell their homes.  Most advocates of PACE are now calling for congressional action to reinstall what they see as a low-risk, job creating policy. The Obama administration supported PACE programs with the Department of Energy awarding more than $150 million in federal stimulus funds to support them last year.  Since the guidance was issued almost all PACE activity has stopped leaving much of that stimulus money in limbo.

Now the National Resources Defence Council (NRDC) has stepped in to fight for PACE. Last week, the NRDC filled a lawsuit in federal district court in the Southern District of New York against the Federal Housing Finance Agency, which regulates government sponsored mortgage buyers Fannie Mae and Freddie Mac, and the Office of the Comptroller of the Currency, which regulates national banks.

NRDC is suing the agencies for halting the programs without justification, and for doing so without following the proper protocol as required by law. This includes failing to conduct a review of the environmental impacts and to provide the public an opportunity to comment before taking this action.

According to Katherine Kennedy, Energy Counsel at NRDC, the government’s decision to effectively kill PACE goes against logic.  “It defies common sense that the federal government is blocking programs that could create jobs, jumpstart our economy, put money in homeowners’ pockets, and fight climate change at the same time. Instead of shutting them down, the federal government should help these programs grow,” she said.

The full complaint can be found online here: http://docs.nrdc.org/energy/files/ene_10100601a.pdf.

RenewableEnergyWorld.com will watch as this battle unfolds and report updates as they happen.

In places like Babylon, NY the PACE program was flourishing until Fannie Mae and Freddie Mac stepped in.  Play the video below to see how the program is putting people to work through energy efficiency retrofits and how the town plans to fight to keep it that way.