More
Home Solar Is Repowering the Next Big Thing in Utility-scale PV? 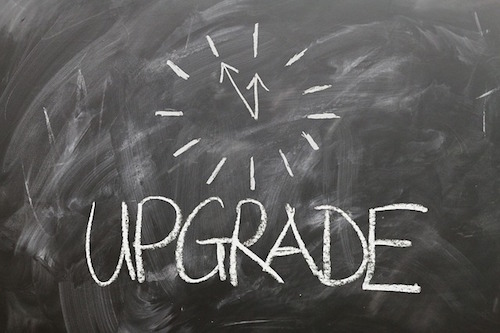 Solar is booming. Every day, we read about bigger, more ambitious solar installations being commissioned, driven by the latest technology in modules, racking and other balance of system components. But what about the roughly 30 GW of installed PV capacity we already have in the U.S.? How is that doing for us? If we could squeeze another 5 percent out of those assets, that would provide another 1.5 GW in clean power, about the size of the Hoover Dam.

The green movement, of which clean energy generation is a major part of, is all about conservation. What could be more consistent with this concept then trying to get more out the existing PV plants we have already installed?

By definition, PV plants’ performance diminishes every year due to the inherent degradation in PV modules. The degradation effect is compounded by other factors, including uneven soiling. These issues all lead to a condition known as “mismatch,” whereby panels in a solar array start to behave differently and thus reduce the amount of energy that plant can generate.

Repowering PV plants, an activity that involves placing new technology into an existing plant, is one technique for mitigating these production-negative effects. Also known as “retrofitting,” such activities can include replacing panels or inverters or adding DC-DC optimizers between the PV and the inverter to boost the plants’ yield.

While repowering alone will not get us to our clean energy production goals itself, it also should not be overlooked as an important part of doing so.

A great example of the opportunity for repowering can be found in the plants constructed under the federal government’s Section 1603 program. For those not familiar with Section 1603, it was a program that applied to PV plants (as well as a variety of other types of alternative generation) built between 2009 and 2011. Section 1603 was part of the American Recovery and Reinvestment Act of 2009 signed by President Obama during the great recession. Under this program, the government offered a direct payment of up to 30 percent of the cost of a PV plant, in lieu of tax credits. The idea of this program was to stimulate investment in alternative energy during the recession, a period where there was not much appetite for the tax equity that drives so many utility-scale PV investments.

There were over 1,600 PV installations larger than 500 kW built under this program, representing over 8 GW of PV capacity. By now, many of those plants are five plus years old and their performance has most assuredly degraded measurably. Revisiting these installations, many of which were no doubt built rather hastily to meet the government imposed deadlines for funding, represents a significant opportunity to generate more clean energy from the PV assets that are already installed.

The Section 1603 program illustrates an interesting paradox faced by the owners of PV plants.

EPCs (Engineering, Procurement & Construction), the organizations that build PV plants for their eventual owner, have largely been incentivized by two motivating factors: build PV plants as fast as possible and build them as inexpensively as possible.

EPCs have historically needed to build PV plants in a hurry to assure they completed them in advance of some government imposed deadline, either real or perceived, that could materially impact the economics of the project. Witness the current situation in Massachusetts, where EPCs are scrambling to meet the Massachusetts Department of Energy Resources (MA DOER) extended deadline for its SREC II program, which is set to expire on Jan. 8, 2017. (Click here to learn more about this issue.) Of course, the Section 1603 program discussed above is another great example. Of course neither of those incentives is particularly consistent with the plant owner’s goal of having a high-quality, consistently producing PV asset for the next 20 or more years.

But Is the Juice Worth the Squeeze?

There can be a variety of economic considerations a plant owner will want to consider in undertaking a repowering or retrofit exercise of a PV plant, including such factors as the value of the increased production relative to the cost of the retrofit, both in terms of the additional energy that can be sold as part of the existing power purchase agreement as well as additional incentives that can be created, such as additional solar renewable energy credits revenue.

In looking at a PV retrofit, unfortunately, under the tax code as currently written, a plant owner will not be able to use the Section 179 deduction since equipment installed would be considered “Energy Property.” Such assets fall under excepted property according to the tax code, i.e., they do not qualify for Section 179 treatment. So, that’s the bad news. (Click here to learn more.)

The good news is that repowering investments will qualify for “Bonus Depreciation,” which will allow the plant owner to take 50 percent of the investment in PV retrofit assets as a deduction in the year you put them into service. Assuming a 35 percent effective tax rate, that nets out to 17.5 percent discount in the first year. The balance of the cost basis could be depreciated as 5-year Modified Accelerated Cost Recovery System (MACRS) assets.

That brings us to the last and least straightforward aspect of investing in a PV plant retrofit, using the investment tax credit (ITC). Nationally, the ITC offers a 30 percent tax credit for investment in PV assets. What’s tricky here is if this can apply to retrofits. The short answer is: Maybe. When considering a retrofit with respect to the ITC, something called the 80-20 rule applies. This rule states that if the cost of the retrofit is 80 percent or higher of the value of the existing equipment plus the cost of the new equipment, the plant qualifies as originally placed in-services and you can claim the ITC for a retrofit. Determining the value of the retrofit is quite straightforward, it is just the installed cost of the retrofit. The catch here is determining the value of plant. Making this determination does require a bit of analysis by a tax professional.

Taking all of the above into consideration, an investment in repowering a PV plant can make both a great deal of sense economically and environmentally, a real win-win for the PV industry.