More
Home Solar Is It Time To Fix the Solar ITC? 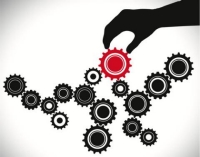 New Hampshire, USA — Solar industry backers are rallying support for what could be a crucial change to the language of the solar investment tax credit (ITC), to help pave the way for future solar energy projects large and small.

We’re entering a period where a lot of new utility-scale solar capacity is coming online and under construction. And now there’s a new industry push to ease the way for future large-scale projects to get into the pipeline. The Solar Energy Industries Association (SEIA) is issuing a call for action to support new legislation that would address language in the solar ITC to make it more friendly to future utility-scale solar projects: change the requirement from being “placed in service” to being “under construction,” as was done in the most recent extension of the production tax credit.

There are actually two pieces of legislation, House Resolutions 2502 and 3017, addressing this issue from both sides of the aisle, but they both agree on changing the ITC language to beginning construction rather than service. (Interestingly, the Republican bill tacks on a rider addressing sales from federal helium gas reserves.)

2016 sounds like a long way away, but it’s really not that long when you think about the timeline for solar energy development at the utility-scale: early site identification and selection, surveying, permitting (often multiple rounds of back-and-forth) and construction. Companies and groups who are thinking about new solar projects will soon need to start getting their ducks in a row. SEIA projects this change would spur “an additional 4,000 MW of solar capacity in 2017 and 2018 and would create tens of thousands of additional new domestic jobs.”

“Developers with long ramp-up periods will have a very difficult time if they don’t get expiration guidance until 2016,” noted John Marciano with Chadbourne Park. “We are seeing that now for long-leadtime wind, biomass and geothermal projects. They didn’t get start of construction guidance until it was too late to ramp up. Now, even though Congress extended PTCs, those projects can’t get access.”

Softening the ITC language to a construction start instead of operations would provide a boost on the financing side as well. Lenders for solar projects get made whole through monetization of the tax credits, and “they need to be comfortable those will be there,” explained Jim Duffy, partner at Nixon Peabody. As 2014 approaches “it’s getting close enough that a blip here or there” from site analysis to permitting to interconnection could impact the timeline of a project’s completion visibility into 2016, he said. “Certainty is what the capital markets require,” added Lee Peterson, senior partner at Cohn Reznick. “Not only large utility projects need lead time, but so do firms doing large portfolios of smaller, residential systems,” which can resemble those large-scale project financings, he pointed out.

With all the larger debates going on at higher levels in Congress, most notably broader tax reform, this solar ITC discussion is likely to get pushed off until early 2014. But starting the discussion now lays the initial groundwork is a good move.

U.S. solar energy development, financing, incentives and policies will all be hot topics at next month’s Solar Power International in Chicago (October 21-24). Join us at Solar Central (booth #1343) to participate in the conversations!