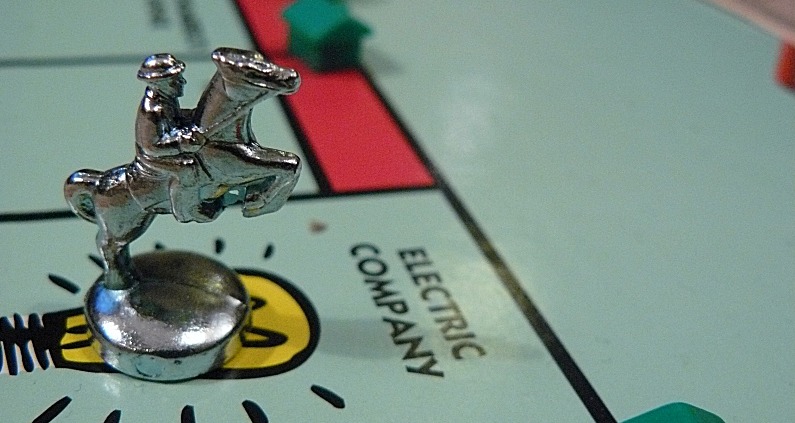 In this episode of the Local Energy Rules Podcast, we feature host John Farrell’s interview with Scott Hempling for ILSR’s Building Local Power podcast. Scott Hempling is an author, expert witness, lawyer, and law professor specializing in utility regulatory issues. Their discussion covers the changing ideas around natural monopolies, the consolidation of such monopolies in recent years, and the improvements necessary to modernize the old utility system.

Listen to the full episode and explore more resources below — including a transcript and summary of the conversation.

Introducing competition after a century of control

Scott Hempling has nearly 40 years of experience working on utility regulatory issues as a lawyer, expert witness, law professor, and author. Through his research and practice, Hempling is a foremost expert in regulatory policy and the landscape around utility monopolies. His monthly essays and books where he digs deeper into the policy can be both be found on his website.

A “natural monopoly” is a service or product that gets cheaper as the market grows. Hempling says that the idea of a natural monopoly has changed dramatically in recent years and that many have lost sight of natural monopoly’s place in energy markets.

In the past it made sense to monopolize utility services, but does it make sense now? Considering the  ever-increasing access to solar energy, co-op and neighborhood power, and independence from electrical utilities, where can we afford to compete? Hempling addresses these integral questions on the future U.S. energy landscape.

Drawing a comparison to elected officials, Hempling says there may be a need to introduce competition in utility contracts to ensure that utilities do enough for customers. Many companies have “a century of control” over a market that has never been challenged, due their natural monopoly status.

[A] monopoly will do everything it can legally, and sometimes unlawfully, to protect that monopoly.

Hempling explains that monopoly utilities fear the growing impact of distributed energy opportunities on their bottom line. In the face of direct challenges, monopolies react in one of three ways:

Utility mergers are on the rise and have been since the 1980’s. The subject of much of Hempling’s work in the courtroom and at the writing desk, mergers create a convoluted power structure in utility companies and block community power from growing.

Hempling says that there are two opposite forces at play: the consumers seeking decentralized, renewable, cheap power on their own, and the utility giants inflating their acquisitions and limiting community input.

There’s a real irony in the dissonance, because on the one hand, we have technology and consumer preferences heading in the direction of decentralized, local, customer controlled, neighborhood controlled power sources; and in sharp contrast, we have a trend of consolidation, concentration and complication of an industry over the last 35 years.

The difficulty that we have in our industry is that we don’t connect our desire for performance with a process by which we ensure the performer.

Listen to Episode 104 with Maggie Shober of the Southern Alliance for Clean Energy to learn about their efforts to combat one of the biggest monopolies in U.S. energy.

How did we get here?

The effort to consolidate the electric utility industry didn’t start in the 80’s, Hempling explains.A consolidation of over 200 local municipal utilities under just 13 holding companies during the early 1900’s prompted Congress to draft the 1935 Public Utility Holding Act.

The act halted consolidation in the market for a while, but the U.S. utility industry began consolidating again in the 1980’s. Hempling says that a large part of the problem were the passive, often deferential regulations that lost sight of their mandate to protect the public interest.

To discover ways that communities can beat back corporate control in the electricity sector and beyond, explore our new guide to Fighting Monopoly Power.

Hempling says that the value of these mergers and other power grabs by utility companies should be judged by what the outcome would be if they had effective competitors in the market. He makes a point of saying that mergers aren’t always unnecessary, it’s when they’re not seeking the public interest that these purchases and consolidations become unneeded.

Hempling and Farrell refer to the possible “non-economic values” that are within the public interest. In the 1970s, the case of the National Association for the Advancement of Colored People (NAACP) vs. the Federal Power Commission brought this question forward, with the NAACP arguing that racial discrimination is directly against the public interest. The power commission said their focus was on economic performance first and won the case, a decision that Hempling has issues with. He concedes that on a technical level the ruling is correct, but admits that he and many others realize that it is very detrimental in practice.

In fact, Hempling unpacks the growing, changing concept of ‘the public interest’ and says that there is a much wider definition beyond economic performance alone. People need protections from future threats like climate change, and they need responsiveness from these services. Where the public interest ceases to be served is through what Hempling calls “a passion gap” –the investors care more about making money than regulators care about protecting the customer.

What you’re getting is an audition not based on merit, but on who can pay the most, which in a non-competitive market is not going to be the best performer. […] The result is economic waste. It hurts everybody.

There’s a certain amount of ambivalence around mergers from regulators that makes utility regulators ineffective evaluators when a utility comes to them with a request, says Hempling. The changes the industry needs to see is a transition to performance-minded thinking that addresses more than the economic issue, but the social, access, and other issues through an active regulatory process, too.

I don’t think continued concentration and complication of the industry, a trend that is 100% opposed to the diversity and decentralization that we want to see, is the right direction.

See these resources for more behind the story:

For concrete examples of how cities can take action toward gaining more control over their clean energy future, explore ILSR’s Community Power Toolkit.

This is episode 109 of Local Energy Rules, an ILSR podcast with Energy Democracy Director John Farrell, which shares powerful stories of successful local renewable energy and exposes the policy and practical barriers to its expansion.