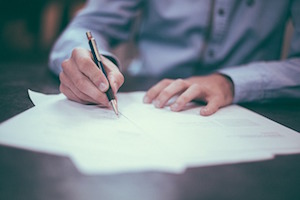 On Jan. 19, the IRS released Revenue Procedure 2017-19 (Rev. Proc.) providing a safe harbor for certain alternative energy sales contracts with federal agencies to be treated as service contracts under Section 7701(e)(3).[1] The safe harbor is important because, if such a contract is treated as a lease to the federal agency, the solar project would constitute “tax-exempt use property” that is ineligible for the investment tax credit (ITC) and accelerated depreciation (including bonus depreciation).

42 U.S.C. Section 8287 allows federal agencies to enter into an Energy Savings Performance Contract (ESPC) Energy Sales Agreement (ESA) subject to certain requirements. In 2012, the Office of Management and Budget (OMB) issued OMB Memorandum M-12-21 (OMB Memorandum) providing further guidance for ESPC ESAs, including a requirement that the renewable energy generation asset is transferred to the federal agency at the end of the contract term.

These OMB rules have applied most commonly to distributed generation solar projects; however, they also apply to other types of distributed energy projects and to water conservation projects.

To satisfy the safe harbor of the Rev. Proc., all of the following requirements must be satisfied:

The Rev. Proc. includes an example of an ESPC ESA that meets the requirements for service contract treatment under the safe harbor.

The safe harbor is intended to provide guidance for an ESPC ESA, and the IRS will not rule on qualification under Section 7701(e)(3) for such federal agency contracts. The Rev. Proc. is effective on the date it is published, but the IRS will not challenge the service contract treatment of an ESPC ESA entered prior to that date if all of the requirements are satisfied.

As a general matter, the solar industry is grateful to the IRS for tackling this issue. Although the Rev. Proc. raises or leaves unanswered certain questions, any guidance is generally preferable to no guidance.

The Solar Energy Industries Association (SEIA) in a letter commenting on the OMB Memorandum asked the Department of Energy (“DOE”) for guidance that addressed the tax ownership of the project, in addition to guidance under Section 7701(e)(3). The Rev. Proc. is silent on ownership, leaving open the possibility that the IRS could, as a technical matter, assert that a service contract within the safe harbor (i.e., that avoids lease characterization) vests tax ownership in the federal agency.

The legislative history to Section 7701(e) appears to contemplate such a possibility: it explains that the section does not change present law standards whereby “a tax-exempt entity could be treated as the owner of property under a purported lease, service contract, or other arrangement.” However, this statement could be referring only to a purported service contract that is not respected as such under Section 7701(e) (i.e., that is recharacterized as a lease under Section 7701(e)). That interpretation appears to be the most sensible as it would be analytically inconsistent for a contract to not be deemed a “lease” but to nonetheless be deemed to transfer tax ownership to the party being served by the underlying property.

The SEIA letter had asked the DOE to bless a purchase option (or requirement) at “the higher of fair market value and fixed purchase price.” The IRS did not do that. Nevertheless, a 1987 private letter ruling had sanctioned a transaction that had a higher of feature of a sort. In the 1987 ruling, the service recipient could purchase the facility for the higher of fair market value and the value of bonds outstanding, if certain defaults due to force majeure events occurred. However, the purchase option that was available at the end of the term, and analogous to the purchase option addressed in the Rev. Proc., was for the fair market value of the facility as determined at the time. Because the Rev. Proc. is silent on this higher of question, it creates no inference as to whether such a purchase option would meet the requirements of Section 7701(e)(4)(iv). To be sure, it is possible that the IRS was not even aware of the request in the SEIA letter because it was addressed to DOE.

A further observation is that the example in the Rev. Proc. allows the federal agency to be required to fund a reserve to enable it to exercise the purchase option. In the leasing industry, the IRS was offended by leases with this feature (i.e., a “defeased” lease), even leases that were structured that way in order to meet requirements of the Federal Transit Administration that are similar to the OMB Memorandum. Specifically, in Notice 2005-13, the pre-funded purchase option was a factor the IRS used to attack so-called “sale-in lease-out” transactions and to make them “listed transactions” that are flagged for audit, disclosure and subject to increased penalties. That view was reflected in Section 470(d)(1)(C)(iii), which has a prohibition on more than 50 percent of a purchase option being pre-funded in a lease to a tax-exempt entity. If a contract with a tax-exempt entity (e.g., a federal agency) is characterized as a lease, it would be subject to Section 470’s loss trapping rule, unless the contract meets the requirements for the exception in Section 470(d), which a contract with a pre-funded purchase option would not.

A close reading of the Rev. Proc. suggests that solar companies should consider the following recommendations in structuring their ESPC ESAs with federal agencies:

Jeffrey G. Davis (left) is a partner in the Tax Transactions & Consulting group in Mayer Brown’s Washington DC office and is a co-head of the firm’s Renewable Energy group. Jeff represents major corporations, financial institutions and private equity funds on a wide range of US federal income tax matters. His practice focuses on partnership tax, tax credits and other incentives, and project finance and development.

David K. Burton is a partner in Mayer Brown’s New York office and a member of the Tax Transactions & Consulting practice.  He leads Mayer Brown’s Renewable Energy group in New York.  He advises clients on a wide range of US tax matters, with a particular emphasis on project finance and energy transactions. In addition, he also advises clients on tax matters regarding the formation and structuring of domestic and offshore investment funds.

This article was originally published by Mayer Brown and was republished with permission.

[1] Unless otherwise specified, all section references are to the Internal Revenue Code of 1986, as amended.