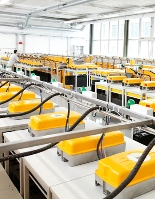 London, UK — Despite the slowdown in PV module demand, many inverter manufacturers actually increased capacity over the past year as they prepare for a rapid resumption of growth in a number of key markets.

A weak first quarter of 2009, caused by worldwide economic troubles and the collapse of the Spanish market, led to an oversupply of PV modules, but was not a sign of what was to come for the rest of the year. Demand rebounded strongly in the second half of the year and Germany led the market, consuming more than 4 GW of inverters during the year, generating revenues of US$1.4 billion. Global shipments ended 35% up on the year before at 8.3 GW with Europe accounting for the majority of demand.

Surging demand also characterised the PV industry in 2010 (see box panel), as uncertainty regarding incentive schemes in a number of key markets drove global installations and inverter shipments to grow by over 100%, as investors and developers rushed to complete projects, fearing that incentives would be reduced or removed altogether.

Many inverter suppliers announced major capacity expansions last year and total industry capacity was more than 30 GW in 2010 — double the year before. And, in spite of this massive capacity expansion, factory utilisation also increased significantly in 2010 to around 70%, hitting close to 90% in the third quarter of 2010 due to the very high demand. Even so, although suppliers attempted to capitalise on the extraordinary demand by ramping capacity, inverter production was unable to keep up with demand due to a shortage of components. Customers began placing the same order with several different suppliers amidst a panic to complete installations before major incentive cuts further worsened the situation. Lead times remained painfully long for customers through the first half of the year with ‘at least 25 weeks’ a common response to enquiries for delivery times. After the mid-year incentive cuts to the German feed-in tariff (FiT) scheme, lead times began to shorten, but normality was not reached until the fourth quarter as the market slowed as winter hit Europe and the component shortage eased.

Aggressive capacity expansions are expected to continue, most notably in Asia and North America with a further 12-15 GW of additional capacity planned to be added in 2011. With the first quarter of 2011 appearing to be slow, especially across several European markets, inventory has begun to build as installers and distributors overestimated the demand in the fourth quarter of 2010 and suppliers are finding order cancellations a common occurrence. The inventory of inverters is expected to be depleted by the end of the second quarter of this year as the core European markets ‘wake up’ after a particularly harsh winter.

The continued growth of the PV inverter market has attracted many new entrants, and in particular, suppliers already active in similar markets such as industrial drives and UPS have emerged. Suppliers such as Schneider Electric, through the acquisition of Xantrex Technologies, has bought a global sales and servicing network that is suited to the PV inverter market, while Chinese suppliers continue to multiply, targeting both the European and domestic Chinese markets.

However, whilst these suppliers have been able to transfer their expertise in high power electronics, generally producing large central inverters, it is the smaller three-phase products which are predicted to capture a greater market share in the short-term. 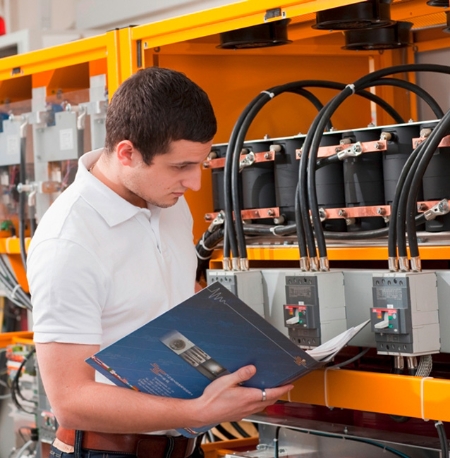 IMS Research estimates that shipments of small three-phase inverters rated between 10-20 kW grew by around 200% in 2010. Inverters rated at over 500 kW are estimated to have grown at a similar rate, but continue to represent a smaller share of revenues. In the longer-term, high growth is predicted for these larger inverters due to demand from utility-scale installations and they are predicted to account for some 20% of shipments in 2014.

Other products that are forecast to achieve high demand are the emerging technologies of microinverters and power optimisers. Early attempts to make a microinverter product commercially viable and able to compete with traditional centralised inverters were not successful. More recently, new designs have been developed by several companies, most notably Enphase Energy which is now shipping products on a MW-scale and has seen quite remarkable success in the USA. IMS Research forecasts that microinverters will account for about 6% of inverter revenues by 2014 with a technology that promises higher energy yields, the elimination of a single point of failure and better monitoring capabilities.

SMA Solar Technology remained the largest supplier of PV inverters in 2009 and 2010 and accounted for over 40% of shipments in both years. However, in 2010 the market was highly affected by both extremely high demand and production issues caused by a severe shortage of key components, and major changes to suppliers’ market shares occurred during the year. For example, in the second quarter of 2010, market leader SMA Solar Technology’s market share fell by and estimated 5%, whilst rival firm Power-One achieved the industry’s biggest share gain, increasing its share by more than 6%. 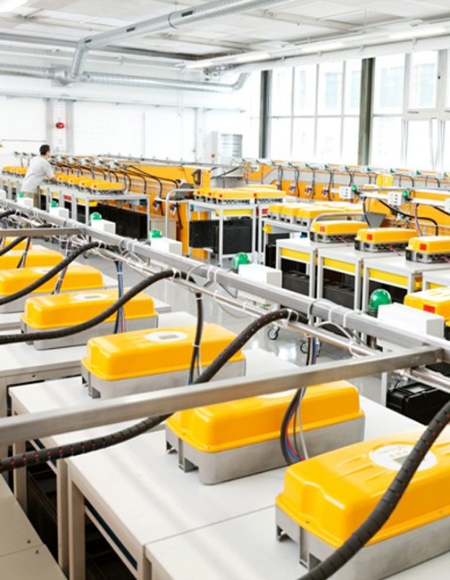 Other research from IMS has also recently revealed that the multi-million dollar market for PV inverter service plans and extended warranties is forecast to grow by over 480% between 2010 and 2014, creating huge growth opportunities for inverter suppliers.

According to the report, the market for extended warranties on string and multi-string inverters and service plans on central inverters was less than 10% of the inverter hardware market in 2010, but this is expected to grow substantially to 2014, outpacing revenue growth from hardware sales. Two of the highest attach rates for extended warranties in 2010 were in the Czech Republic and Germany, mostly likely due to the high proportion of decentralised plants installed in these markets and the inverter topologies used in commercial-sized installations. Products such as SMA’s Tripower, Kaco’s Powador and Sputnik’s SolarMax MT series provide both three-phase grid-feeding and greater system design flexibility and the type of installations where these inverters are applied are more frequently backed by an investor and often require an extended warranty to minimise risk.

North America recorded the highest attach rates for service contracts for central inverters in 2010, which was largely due to the high proportion of large, MW-scale PV plants that were developed in Ontario and the US. In addition, companies such as Satcon and Advanced Energy Industries aggressively promote service plans as a key differentiator in a highly competitive market for large-scale central inverters. Attach rates are forecast to increase over the forecast period, this is partly due to rapidly growing markets such as the USA, China and India favouring large utility-scale installations but also greater emphasis being placed on reducing risk, while suppliers are more aggressively targeting these highly profitable service plans.

With greater adoption of PV as a viable utility-scale power generation source, service contracts are going to become an increasingly important factor in customers’ decision making when choosing an inverter supplier. When just an hour of downtime can cost investors huge amounts in lost income, the breadth and reputation of suppliers’ service contracts will become a key differentiator amongst vendors.

Much like the inverter hardware market, SMA also dominates the service market with an estimated market share in excess of 35% in 2010. The supplier appears to have an even stronger position in service than inverters due to its high focus on this segment via its SunnyPro club and strong brand reputation.

In 2011, the market will be unable to continue growing at the rate it achieved in 2010 and IMS Research forecasts that installations will grow by ‘just’ 20% (a growth rate that would be extraordinary in most industries). Although the outlook for the global market may be viewed positively, many individual markets present a very different picture. IMS forecasts that key markets such as Germany, the Czech Republic and France will decline and will cause attention to shift away from European markets to the faster growing markets located in North America and Asia.

Governments amending incentive schemes in an attempt to limit the market will have the biggest influence in Europe; however, price declines of both modules and inverters are predicted to help the market to continue growing strongly.

Another new report from IMS estimates that new PV installations grew by a massive 130% to reach 17.5 GW in 2010, confirming the firm’s earlier prediction. Furthermore, the report predicts that installations will see double-digit growth in 2011, to reach 20.5 GW and take the total global installed capacity to 58 GW by the end of the year.

Despite other market forecasters revising predictions for 2010, IMS has in fact left its estimates for 2010 largely unchanged from its previous prediction two quarters ago, but has raised its outlook for 2011 following its latest round of research and surveys, which identified that at least 22 countries will each install more than 50 MW this year. Of these, 18 will install at least 100 MW; and four at least 1 GW. Despite the reduction in demand in Germany and, of course, the Czech Republic which will restrain global growth in 2011, it will speed PV component price reduction and help to accelerate growth elsewhere.

New installations of 17 GW is somewhat higher than most analysts, banks, and major suppliers estimated for 2010; however, IMS believes most of the discrepancy can be attributed to Italy where many are expecting only around 1 GW to have been installed. It is certainly more bullish than most on installations in Italy and estimates that new capacity was in fact closer to 3 GW. The actual figure will not be confirmed for least another quarter, whilst regulators deal with the tens of thousands of grid-connection applications received in the final months of the year.

IMS’ PV Research Director, Ash Sharma confirmed the positive forecast for 2011 saying: ’20 GW is a huge number for 2011, and would be a tremendous achievement, which I’m sure most would have thought impossible just two or three years ago. Having measured the PV supply chain at several points, our PV analyst team remains very upbeat about the market’s development this year; and even more so about the next two to three years. Our latest models predict installations of 35 GW in 2014 which certainly now looks achievable.’

Because of the decline in new installations in Germany and the Czech Republic, EMEA’s share of installations is predicted to fall from 81% in 2010 to 68% in 2011, despite high growth still being seen in many large markets such as Italy, as well as in emerging countries like the UK, Greece and Bulgaria. Of the top five PV growth markets for 2011, only one is in Europe while three are in Asia, compounding Europe’s decline in share.

As well as large regional variations, PV demand will vary considerably by installation size, with utility-scale systems of more than 5 MW forecast to grow by nearly 50% in 2011, whilst development of smaller installations between 10 and 100 kW is expected to stay flat — largely because of the situation in Germany.

The long-term outlook for the industry remains encouraging, with demand diversifying outside the ‘usual’ two or three key countries and at least 34 countries installing more than 100 MW in 2015, up from just 13 last year.