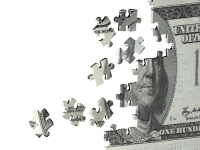 San Francisco, Calif Tom Cheyney of Impress Labs spent little time stating the obvious — the solar industry has undergone a titanic shift in the past year. And the rest of the presenters who kicked off the first day of Intersolar North America in San Francisco detailed what the industry needs to do to get back on a sustainable course.

On Monday morning, Cheyney recounted how Ben Bierman, a former executive at Solyndra, painted a bullish picture of his company’s plans during last year’s Intersolar North America gathering. Just 12 months ago, Bierman told those in attendance that his company was meeting its cost goals and remained busy ramping up production.

Of course, a bit more than a month later, the company announced plans to file for bankruptcy, and the failed manufacturer soon became the focal point of angst against President Obama’s clean energy agenda. But Cheyney and many in the industry see Solyndra as more than just political fodder. “There’s a word for it,” said Cheyney. “It’s called carnage. And that goes for any industry with growth like solar.”

Despite the difficulties the industry has faced in the past year — namely overcapacity and scaled-back subsidies in traditionally strong markets — there are signs of clearer skies ahead. To get there, though, there needs to be both a shift in attitude and a re-examination of market mechanisms, argued two of the conference’s first presenters — Chase Weir of Distributed Sun and Sanjay Shrestha of Lazard Capital.

Shrestha had a warning for those in the industry, and it’s something some may not want to hear. He said companies need to move past the subsidy-chasing nature of their business and work to build a global solar industry that can thrive without subsidies. The market will find balance, he said, and when it does it will re-emerge under a new era, one with much smaller profit margins than we saw a few years ago. But it’ll be an industry capable to accelerating its growth to mainstream adoption.

Weir detailed the status of the industry today, how it is starting to change and how it will look by 2015. Right now, the industry is working on new financial models, especially in the U.S., where the loss of the 1603 Treasury Department grant has taken away a key financial tool. Those operating in the U.S. are also looking to cut into soft costs while building new business and policy models. By 2015, the industry will see a much lower cost of capital and a lower cost per watt. There will also be an exit from private markets and into public equities.

The biggest shift, he says, needs to come in the cost of capital, which on an installed basis equals about $1 a watt, making it even more expensive than the cost of panels. In addition to more access to capital, the global industry will also include fewer major manufacturers. We’ve already seen this in the past year across many markets, and the shakeout is likely to continue for module makers across the globe, from European manufacturers to Tier 3 Chinese companies.

American thin-film manufacturers have faced a recent run of bad news with the closing of Abound Solar and GE followed with an announcement that it will delay the opening of its massive thin-film plant by 18 months. Joe Berwind of AEI Consulting questioned whether the company could bounce back from such a long absence and emerge as a player in the struggling thin-film field.

But even with the challenges ahead, Cheyney stressed that the industry needs to remember how far its come, globally and here in the U.S. where the American market continues to surge. “The future is in terrawatts,” he said. “That’s where we’re going with this. It’s about keeping our eyes on the prize.”

The session was part of the SEMI North American PV Fab Managers Forum.