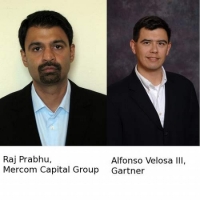 India’s Jawaharlal Nehru National Solar Mission (JNNSM), a major initiative of the government of India, has set itself a goal of creating an enabling policy framework for deploying 20GW of solar power by 2022. India’s objectives and intentions are commendable. Yet, as we have seen globally, once governments announce their intentions to develop a solar incentive program – a variety of interest groups, each with their own agenda, get involved to put their stamp on the policy. The final output of the recently released policy guidelines reflects both the overarching objectives of developing clean solar power, addressing power shortages and stakeholder concessions.

This is our preliminary perspective on the recently released guidelines for new grid-connected solar power projects in India.  In the future, we will take further in-depth looks at specific policy aspects and India’s opportunities and challenges as the market develops.

The JNNSM calls for a total aggregated capacity of 1 gigawatt of grid connected solar projects to be developed under the bundling scheme in Phase-I through 2013.  Solar PV technology projects and Solar Thermal technology projects are to be deployed at a ratio of 50:50, in MW terms. This provision is scheduled to be reviewed again in one years time to determine the need for modification.

The JNNSM is trying to encourage the development of both PV and CSP technologies by giving each equal weight.  However, by allotting specific quotas for each technology, the JNNSM is dictating the ratio of technology that can be built rather than allowing the market to select the most efficient and cost effective technology for India.   If CSP is deemed an unviable option for most developers and there is a rush towards PV technology, it could create a situation where PV applications are rejected due to oversubscription while CSP quotas are not filled.  A scenario like this can slow down solar development progress country-wide and cause unwanted delay as the markets wait for this provision to be revisited. On a global scale, PV installations exceed CSP installations by a ratio of over 20 times.

Thin film and CPV can still be procured from any vendor in the world and equipment shortage should not be a problem as the allocation is so small compared to manufacturing capacities.  However, since the PV allocation is so small (150 MW in 2010-11, and remaining in 2011-2012), it is not enough to realize gains from economies of scale.  Domestic content rules create unwanted attention from the WTO and trading partners. This puts Indian manufacturers in a delicate situation as they still have to export to European countries as the Indian manufacturing capacity per year might be more than the 500MW allocated for PV over 3 years, not to mention that capacity could be cut even further if half the project developers choose to use thin film.  Ontario has enacted a similar policy and has been threatened by the EU and Japan of possible legal challenge in the WTO due to the protectionist policy. Thus, the domestic content policy has the potential to hurt the Indian solar export industry as an unintended consequence.

The policy also creates uncertainty in the mind of investors as they are told to buy from manufacturers mandated by the JNNSM instead of allowing developers to select panels based on the best prices and efficiencies available anywhere in the world.  This could be another cause for foreign investors to take a “wait and see” approach as the market in the first 3 years may not be attractive enough to warrant large investments.

This also causes a high level of uncertainty and confusion due to the patchwork of domestic policy (2010-11 – crystalline silicon modules – domestic only, thin film and CPV can be imported, CSP – 30% of components other than land has to be domestic);  2011-12 – crystalline silicon modules and cells – domestic only). It appears that this provision is an attempt to please “all parties” and has made the policy unnecessarily complicated to be implemented.

It is mandatory for project developers to ensure 30% of local content in all their plants/installations for Solar thermal technology. Land is excluded.

This gives developers the advantage of procuring the main components of CSP from anywhere in the world, while also creating a boost to domestic BOS vendors.  That said, there is an uncertainty factor relating to BOS vendor products and quality as CSP has been non-existent in India.

Our complete analysis on the entire set of guidelines, which include Phasing Allocation of Capacity, Number of Applications (PV and CSP), Technical Criteria for PV and CSP, Connectivity to the Grid, Selection of Projects based on Tariff (Bidding), the Role of States and the Role of Carbon Financing, can be found here.

Raj Prabhu is a managing partner at Mercom Capital Group and Alfonso Velosa III is a research director at Gartner.