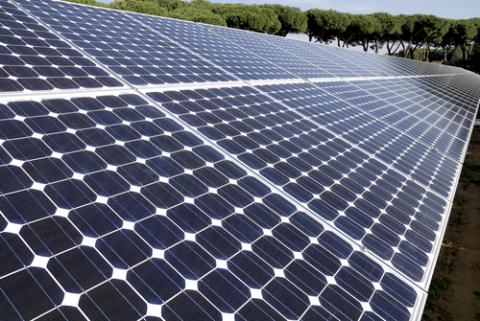 Companies must submit bids by Sept. 26 to Telangana’s Southern Power Distribution Co., the state-run utility that plans to sign 25-year power purchase contracts with the solar plants, according to tender documents on its website.

Last month, Modi’s administration ended 18 months of policy uncertainty by allowing a proposal to expire for anti-dumping duties on photovoltaic imports, which threatened to raise industry costs and cause equipment shortages.

Companies will be able to offer a tariff at which they would sell photovoltaic electricity. Those submitting bids to sell at the lowest rates will win, according to the rules. Financial bids will be opened on Oct. 7.

The auction in Telangana is India’s sixth this year. The central government and state administrations in Karnataka, Andhra Pradesh, Haryana and Uttarakhand have awarded or announced plans to auction 1,800 megawatts of capacity since January. India has built 2,750 megawatts of solar to date, according to the Ministry of New and Renewable Energy.