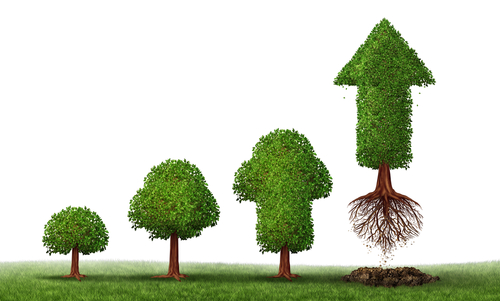 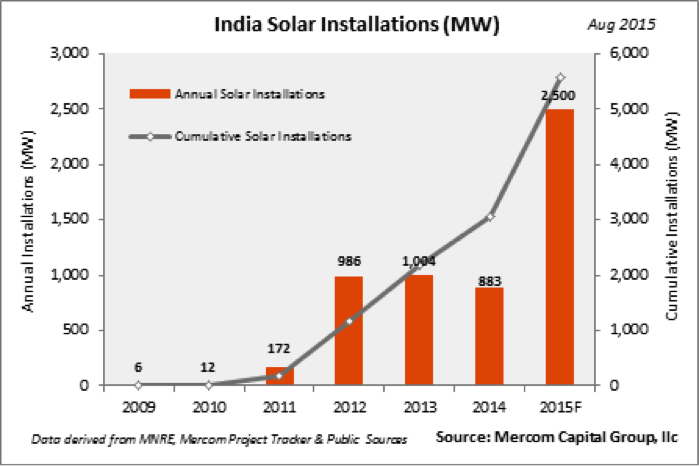 Raj Prabhu, CEO and Co-Founder of Mercom Capital Group, commented, “After a long wait, the solar market in India is finally taking off. Year-to-date installations of 1.4 GW already make it the best year for solar in India. The Indian solar market is finally on target to be one of the Top 5 markets in the world over the next five years.”

The government of India raised the National Solar Mission’s solar installation target from 22 GW to 100 GW by 2022 with a split of 60 GW for large-scale projects and 40 GW for rooftop projects. 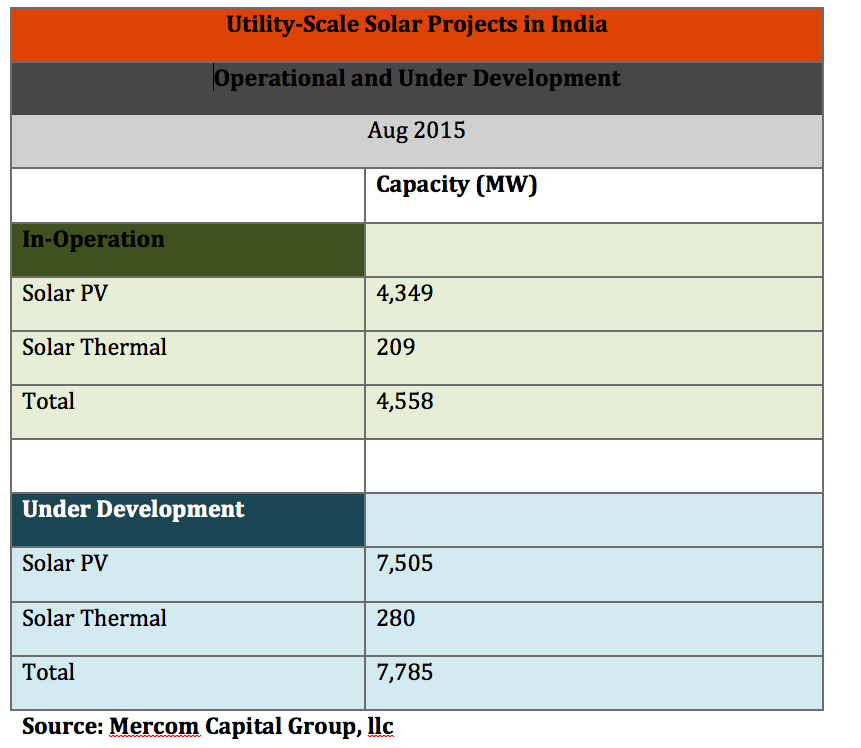 One bottleneck in the Indian solar market currently is the release and allocation of Cess funds. Clean Energy Cess (a form of carbon tax) is being levied on coal produced in India, as well as on imported coal with the goal of using these funds towards clean energy development. Mercom estimates that almost 60 percent of collected Clean Energy Cess has not been transferred to the National Clean Energy Fund (NCEF). Total funds allocated to Ministry of New and Renewable Energy (MNRE) to date is just 19 percent of funds collected. In the last two years, approximately 55 percent of the NCEF fund allocation has gone to MNRE while 45 percent has been allocated to ‘Namami Gange’ river cleaning and miscellaneous projects.

“Some of the $3 billion (~$18,900 crore) in unused funds sitting in the NCEF can be used productively to create a ‘reserve backstop fund’ against late payments that will reduce offtaker credit risk, stimulate lending activity, and help lower interest rates,” further commented Prabhu.

As the government steps up its solar installation goals, we are also seeing government-owned entities entering the solar business, directly competing with private businesses. SECI was recently converted into a commercial entity, which means SECI can now directly engage in owning solar power projects, generating and selling power and also manufacturing solar products and materials. NTPC also announced that it is evaluating a plan to setup solar manufacturing. These moves go against Mr.Modi’s statement of “It’s not the government’s business to run a business.” Solar developers, manufacturers and investors Mercom spoke with view this as a negative development for the industry.

“Even though there will be many hiccups along the way, the Indian solar market has turned the page,” said Prabhu. 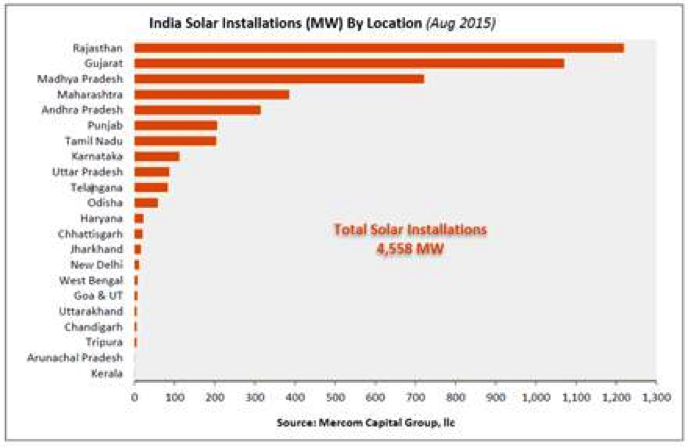 Interested in learning more about this and other Mercom Capital Reports? Visit our reports page, here.