More
Home Solar India’s Seabiscuit: How Solar Energy Can Be the Symbol of Hope for... 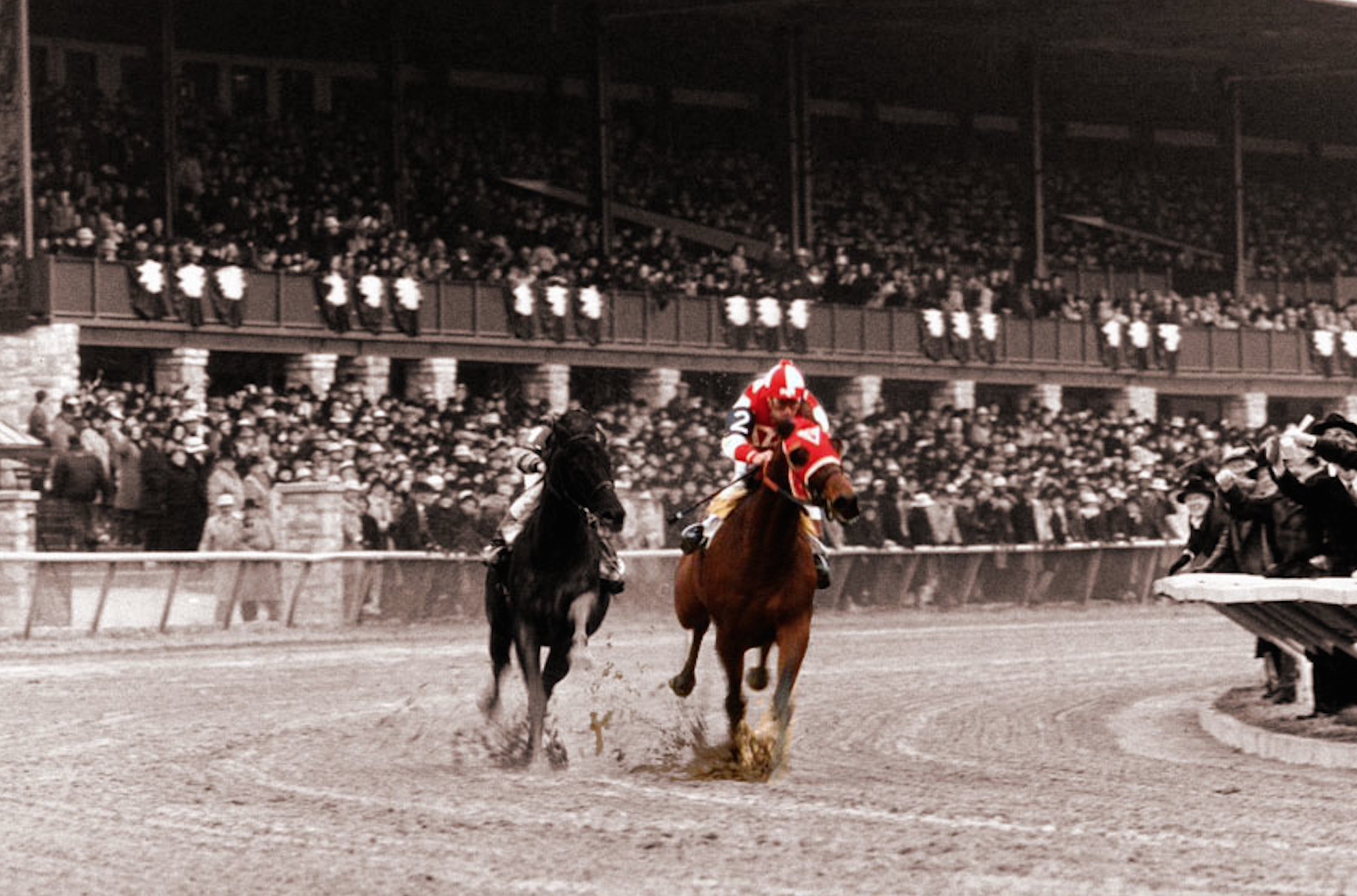 For those unfamiliar with the story of the horse that Hollywood made famous, Seabiscuit was a small horse who had an inauspicious start to his racing career. History though, remembers Seabiscuit not for his diminutive stature or early failings, but as an unlikely champion who served as a symbol of hope to the American population during the Great Depression. It was achieved through sheer will and a relentless desire to succeed.

To draw an unlikely analogy, India’s renewable energy industry has been much like Seabiscuit in terms of its inauspicious start. A fact openly accepted by our country’s Minister for Power, Coal & Renewable Energy Mr. Piyush Goyal, who when asked at a recent interaction about the much anticipated roll-out of India’s 100-GW plan for Solar Power and the reason for its delay, aptly replied:

“I have publicly pledged myself to cause of the 175,000-Mw capacity target…We are working on various things to bring the cost down and make this viable. Unless we plan properly, the 32-year-old ministry, which has achieved 3,000 MW of solar capacity, will only manage to double it over the next five years. Instead, I want to see a 3,300 percent increase.”

India’s Power Sector is certainly unique in the way it is structured, and hence the difficulties that it presents are also distinctly challenging. Issues that the country’s leadership have to deal with range from the inadequacy of sufficient power generation, to the unavailability of transmission infrastructure, an unstable grid network, to a nepotistic culture of politics wherein politicians have believed it is their right to promise free power to favoured constituencies.

Therefore the challenge before the government — as they work to provide 24×7 power to all 1.3 billion citizens of India in the next five years — is not to find a way to merely kil two birds with one stone, but a way to kill 10 (or however many more may be practically possible) with a single stone in a limited period of time.

It’s a well-known fact that India is a country riddled with contradictions. As a popular forward appropriately puts it, ours is a nation:

Where a pizza is delivered to you faster than an ambulance or the police,

Where you can get a car loan at 5 percent interest, but an education loan only at 12 percent

Where 1 kg of rice costs Rs. 40, but a mobile sim card is available free

Therefore it should be no surprise that India’s power sector is plagued by a similar set of seemingly illogical – yet very real, inconsistencies.

India’s per capita power consumption, which stands at about 940 kWh, is amongst the lowest in the world. By comparison China consumes 4,000 kWh per capita whereas developed economies average 15,000 kWh per capita. To make the figures intelligible to the average reader — 940 kWh units of electricity is just about enough to power four lights and two fans (and nothing more) for eight hours daily throughout the year…

Hence the emphasis of the government on the creation of capacities for generating the power required to meet with the evident shortfall in electricity available for supply to households and industry, would appear to be perfectly rational. This would also explain the focus of India and the world on the targeted addition of 100 GW of solar power over the next seven years, as solar energy today provides the fastest means of creating a reliable and sustainable source for generating power. Yet…

“On April 29, 2015 there was so much surplus power at 3.30 pm that the national grid monitoring station indicated power was available at zero rupee per unit…Similarly on 7th May 2015, there were no takers for 100 million units of electricity, equivalent to 1,500 MW of coal-fired and 2,500 MW gas-based capacity, from state-run generation utility NTPC”

Similarly with transmission infrastructure, the responsibility to establish the transmission infrastructure required to provide last mile connectivity of electricity to consumers is the responsibility of state-owned electric utility companies. It is however an acknowledged fact that state electricity boards are financially overstretched due to the “fiscal imprudence” of states which have caused individual state DISCOMS losses of upto Rs. 15,000 crore ($2.3 Billion) per year. Hence the only logical way for them to be able to invest into the creation of the required infrastrucutre would be by making their operations profitable.

Inspite of this, State governments continue to promise subsidised power to preferred sectors and constituencies, even as the State’s Electricity Regulatory Commission is preparing itself to pass an order on delayed power purchase adjustment charges (PPAC) which could see power bills shoot up by up to 20 percent in the National capital.

Three years ago, north and east India faced the dubious distinction of waking up 680 million people in the middle of a mid-summer nightmare as the northern grid collapsed. It took more than two days for the grid to start wheeling out power normally. The reason for the collapse was states overdrawing more than their centrally allocated power from the national grid.

These are the same states which are unwilling to purchase surplus power available with NTPC, and the same states which promise free/ subsidized power to gain political leverage thereby developing a culture where freebies are seen as an entitlement, and electricity is assumed to be a free resource, just like air and water.

None of the above though, leaves us any wiser on how the government is equipped to handle these contradictions. Neither does it seem to suggest how solar power may be the symbol of hope for India’s electricity woes.

Not till we begin to look at recent policy annoncements and analsye the latest government actions a little more closely:

In an earlier article the significance of NTPC’s alignment with the Central Government’s National Solar Mission had been delved upon in depth. NTPC, which is India’s largest energy conglomerate and 431st in the “2015 Forbes Global 2000” ranking of the World’s largest companies, had pledged to buy 15,000 MW of Solar power on behalf of the MNRE in addition to setting up 10,000 MW of Solar power in its own capacity as a power developer.

Likewise Coal India Ltd., Indian Railways, SJVN Ltd. and Power Grid have made similar commitments to establish Solar power plants with the pledged capacities ranging from 1 GW-4 GW. All of the above, like NTPC, are independent of the political control of the states, and hence free from self-fulfilling political policies which seem to govern the procurement of power.

Announcements and implementation in India though always seem to be separated by years of patience. That appears fortunately not to be the case in respect of India’s 100-GW Solar Mission, as in the two weeks following NTPC’s announcement, the road map for their establishing/ procuring 25,000 MW of solar power has been made publicly available, and five tenders for the cumulative establishment of 1,930 MW of solar capacity have already been released.

Of this tendered capacity, 1,420 MW is on behalf of MNRE, where NTPC would enter into longterm PPA’s with Power developers for the purchase of the generated solar electiricity, while 510 MW would be awards for EPC contracts for the establishment of Solar power generation plants for NTPC itself. This is in addition to the 500 MW EPC contracts recently awarded by NTPC for the construction of its first 4×125 MW solar plants in early May 2015.

In addition to this accelerated roll-out of capacities the government has also publicly stated its intent to consider dollar tariffs in order to encourage foreign investments as it plans to auction 15,877 MW of capacity in 17 approved solar parks this year alone.

While the modalities of the same are still being worked out, the basic framework for dollar tariff bids appears to be along the following lines, which would most likely be facilitated through PTC India Ltd. This comes in the backdrop of PTC (Power Trading Corporation) firming up its renewable energy plans, where PTC India Financial Services (PFS) and International Finance Corporation (IFC) have recently collaborated to finance green energy projects.

For all the contradictions that may exist in India’s power sector, and for all the challenges that may stand in the way of the achievement of our government’s promise to provide 24×7 power to our citizens in the next five years. The one thing that we can be certain of as a country, is that any shortfall in achievement would not be due to the absence of enterprise or a lack of sincerity in the dedication, hard work and commitment towards a cause.

Of the many things we could learn from the determination and resolve of Seabiscuit what might be a more worthwhile takeaway for India’s people, is the spirit of the American Nation, which in the face of all doubt found reason to believe in the ability of a banged-up, under-sized horse, even when such belief defied any historical or logical rationale.

The ambitious 100-GW Solar Mission that India has embarked upon requires a similar belief if it is to see the success of Seabiscuit. Technological advancements have today made it possible for the sun to light the path of our Nation’s transformation from being power deficient to becoming power sufficient. It is up to us to look up and find in the sun our symbol of hope to dispel the dark clouds of our country’s electricity woes.