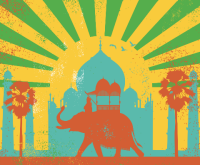 Its difficult to conduct business in India. But this hugely overshadows the opportunities India offers to international businesses, particularly in solar. Businesses cannot afford to ignore India because it is the world’s best solar market for the following reasons:

The current lull in the market, influenced largely by the series of elections in the country, will gradually disappear by April 2014, when the country will go in for another national election to elect a new government. Six key states that saw local elections and new governments over the last few months will now see a new series of political initiatives aimed at providing solar energy solutions to local people.

Already, some state governments’ renewable energy departments and power distribution companies have initiated the process to buy solar power, solutions and products. EPC contract finalisation and project implementation will soon begin in states like Tamil Nadu, Andhra Pradesh and Rajasthan, which saw solar power purchase agreements to an extent of almost 1,000 MW. An additional 750 MW of solar projects encompassed in the phase 2, batch 1 of the national solar mission will also provide a fillip to the solar service and equipment businesses in the second half of 2014, thereby building a sustained business cycle. Thereafter, for next three years, JNNSM (Jawaharlal Nehru National Solar Mission) will continue to add 750 MW solar capacity every year.

The bigger boost will come after the next round of central elections, when the government is expected to remove diesel subsidies. Solar power is already a lot cheaper compared to diesel, and a sudden removal of diesel subsidies will only provide another turbo charge to the solar energy sector. A recent market study had indicated that diesel genset installations with over 1 Megavolt Ampere (MVA) capacity each total up to 24 GW in the country. Even if a mere five percent of these switch to solar, we are looking at another market of 1.2 GW of solar solutions in the country.

State power distribution companies and electricity regulators are also initiating steps to introduce a net-metering system that will provide another boost to the rooftop solar power market. The current initiatives may be mere formalities, as some sceptics believe, but market compulsions driven by consumers will not be able to delay such developments for long.

Consequent to all these developments, the sector will see growth and proliferation of EPC contractors and system integrators, creating the biggest distribution network for solar modules, inverters and various other plug-and-play solutions. This will be akin to the network of computer assemblers across the country in the wake of the IT revolution that the country witnessed in the 15 years from 1990 to about 2005.

Indian-owned businesses are still “reacting” to developments in the market, rather than pro-actively keeping solutions, products and trained teams of people ready to serve the imminent demand. More often than not, Indian companies miss the boat due to their lack of preparedness. Current cashflow problems experienced by some of them will also affect their chances of capitalising on the opportunities that lie ahead.

The coming year will also see a new trend of mergers and consolidations in India’s solar energy sector. Cash-starved companies will become easy targets for acquisitions by international players. At the other end, companies with no product or service differentiation will be hit the most, and we may see some bankruptcies even while the market is expanding.