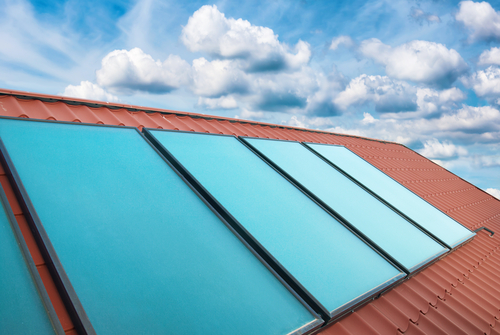 A new study from EQ Research is emphasizing the critical role accurate net energy metering (NEM) reporting plays in the stability of the U.S. solar market, and calling attention to how far some states have to go with respect to adopting effective tracking and reporting methodologies.

The study The Great Guessing Game: How Much Net Metering Capacity is Left? found that some states suffer from substandard NEM reporting requirements. Those miscalculations can affect potentially disastrous consequences that could result in a stalling of residential solar markets, as was seen most recently in Nevada, where a premature expiration of the 235 MW NEM cap caused state newcomer Vivint Solar to shutter its operations after only two weeks.

Justin Barnes, director of research for EQ Research, cited Vivint Solar’s experience as an example of how poor data reporting can catch regulators and policy makers by surprise, throwing an entire industry into uncertainty.

“When things come to a halt and solar installers don’t know what the alternative is going to be, or if there even is going to be an alternative, it throws any projections they have about doing business in a state out the window,” Barnes said.

Net metering, which credits customers for the surplus electricity generated by their solar panels, is currently in place in 44 states and Washington, D.C. NEM caps are established as a benchmark that gives state regulators the opportunity to review net metering policies, with the specific intent of ensuring no cost shifts are occurring between solar and non-solar ratepayers. Caps vary from state to state. Firm caps are in place in 15 states, with discretionary caps set in 12 states. In total, there are 17 states with no established NEM caps.

Information for the report was gathered from 13 states with “different levels of [distributed generation] market maturity” to provide an accurate representation of the disparities in data gathering that exist. The sample states were California, Delaware, Illinois, Kansas, Louisiana, Maryland, Massachusetts, Minnesota, New Jersey, New York, North Carolina, Utah and Virginia.

The report concluded that states must implement better strategies to determine well in advance when NEM caps are nearing capacity. The report also calls out those states that are performing exceedingly well, naming Massachusetts the “clear winner” where accessibility to information and the timeliness of reporting are concerned.

Some proposed “ideal” NEM reporting practices are also put forth in the report, including requiring utilities to notify state regulators well in advance of caps being reached, and the creation of dedicated websites with data that is as close to real time as possible. The report also suggested that state regulatory commissions be given the authority to revise reporting requirements with an eye on improving market transparency and stability.

Barnes pointed to pending NEM capacity – the aggregate capacity of solar systems that are in the pipeline but have yet to be activated – as one of the most overlooked factors states and utilities should focus on. He explained that inaccurately measured pending NEM capacity within individual service territories can prevent grid-ready residential projects from being approved.

“You don’t want a 5 kW residential customer waiting behind a queue of 20 2 MW projects that may or may not be built,” Barnes said, emphasizing the importance of sorting “real projects” from “speculative projects.”

According to the report, 2014 saw the installation of about 186,000 residential PV systems in the U.S. The sum total capacity of those installations was approximately 1,200 MW-DC. Additionally, 2014 was identified as the third year in a row that the American solar residential market exceeded 50 percent growth.