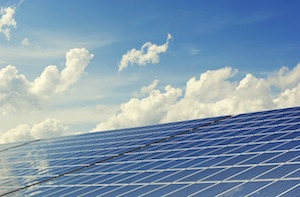 A pair of rooftop solar arrays in Maryland spotlight how pioneering communities can pool their resources to expand local access to renewable energy. These “community solar” projects are an increasingly popular approach as electricity customers renounce utilities’ reliance on fossil fuel and look for ways to cut their energy costs. 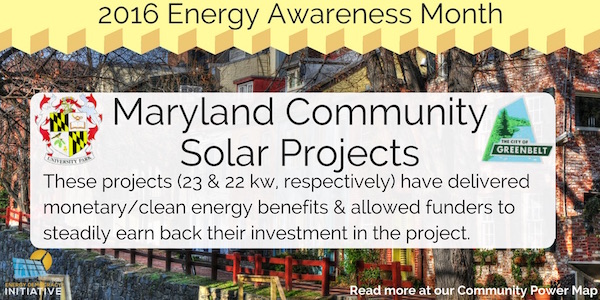 The first of the two projects, atop a church in University Park near the border of Washington D.C., went operational in 2010, around the time that legislation promoting community-scale solar projects began to surface nationwide. Back then, these solar projects were much more ad hoc. They cost more, and there were few proven success stories.

But enterprising communities saw the potential and used early solar projects as guides, giving way to a trend that has since brought community solar projects to neighborhoods across the U.S. The roughly 23-kW University Park project directly influenced a separate 22-kilowatt installation in Greenbelt, a couple of towns to the east. In both cases, the local investors sell electricity to the host site. 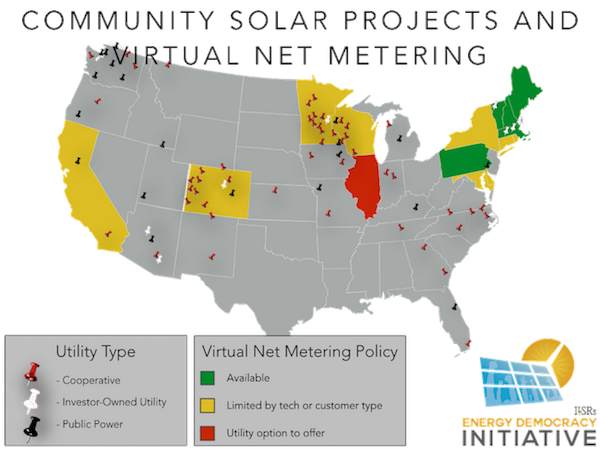 Today, more than a half decade after both projects went operational, they deliver the benefits targeted by their backers: they generate renewable energy for local users, replacing some fossil-fueled electricity, while participants steadily earn back the investment made to supplement tax credits and other incentives. Through 2015, they had each earned back $560 of their initial $1,000 buy-in.

Both projects used a private financing model to reduce compliance costs with securities regulations, a major barrier for raising capital for community renewable energy projects. With other structures, these compliance costs could rise to as much as 75 percent of project costs. The graphic below illustrates the strategy, taken from our Beyond Sharing report on community renewable energy. 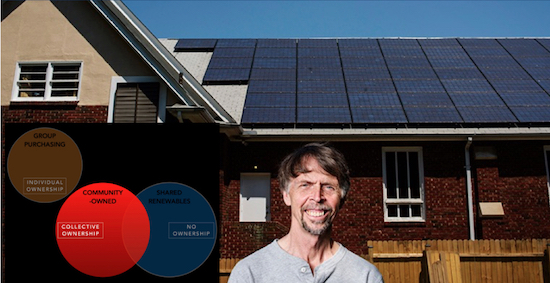 The investor groups are technically for-profit entities, structured as limited liability corporations, so that they can capture perks tied to renewable energy production in Maryland. Among those incentives are renewable energy certificates, earned by generating solar power, that the groups can sell. Investors can profit from the sale of energy produced by their arrays.

“A social benefit like carbon reduction did not preclude a possible return on an individual’s contribution to the project,” the University Park partnership says it in its materials.

University Park and Greenbelt seeded community solar in Maryland, showing how to harness the collective investment of individuals to promote renewable energy. But privately run projects have been tough to scale up despite their success at the hyperlocal level, leaving a gap in a marketplace with unquenched demand for community solar. University Park backers, for example, were able to secure pro bono legal help in arranging the project.

That’s where a new statewide pilot program comes in. The three-year initiative aims to add around 200 MW of community solar, according to plans approved last June, with about 60 MW of that capacity focused on low- and moderate-income electricity customers. Through the program, renters and others unable to install solar on their rooftops can still cash in on renewables. If it works similar to other state programs, the big difference is that the participants won’t own the solar projects, but rather just the right to a share of its electricity production, a key distinction in avoiding securities regulations. 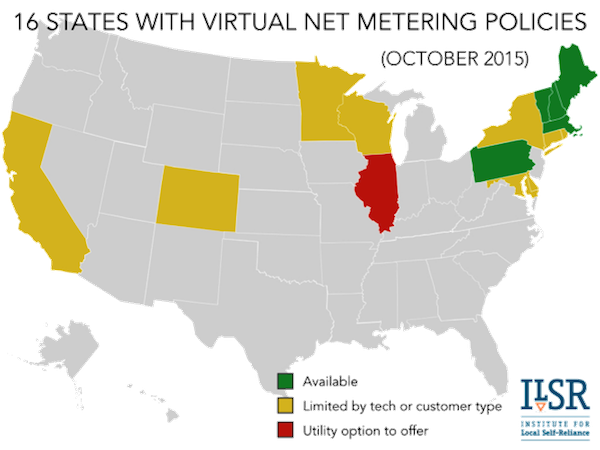 Maryland’s action brings it into a group of about a dozen states with community solar policies, typically crafted to diversify the energy mix and drive new investment in the local clean energy economy — goals that guided the University Park and Greenbelt investors years ago.

Under regulations approved last summer, the Maryland program promises utilities will pay community solar subscribers the retail rate for energy use they offset and excess power generated by their arrays. It also guarantees no subscription fees for customers, meaning those opting in as projects go online will see the same payback on their electricity bills as rooftop solar customers.

One utility, Southern Maryland Electric Cooperative Inc., challenged the state’s ability to impose the on-bill credit guarantee for electricity that exceeds the customer’s own use and asked federal regulators to review the pilot program.

For their part, though, local officials have touted community solar as a multi-pronged asset to the state. It aligns, they say, with a broader vision for a more dynamic local energy economy. W. Kevin Hughes, who heads the Maryland Public Service Commission, has cheered the initiative.

“This pilot program will implement the General Assembly’s desire to increase access to solar electricity for all Maryland ratepayers, especially low- and moderate-income customers,” he said last June, after it sealed regulatory approval. “It will encourage private investment in Maryland’s solar industry and diversify the state’s energy resource mix.”