More
Home Policy & Regulation In Light of the Gulf Spill: Why We Need Climate Legislation 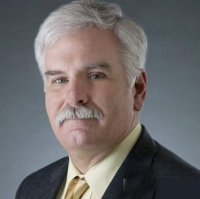 Vermont, United States — There is no denying it – what happened last December in Copenhagen was disappointing. But although only a weak, non-binding agreement emerged from COP 15, the struggle for climate legislation is by no means over. In fact, as we watch more than 200,000 gallons of oil spill each day into the Gulf of Mexico, we have more proof than ever that we must continue the struggle.

Preparations and negotiations are well underway for COP16, where the Gulf spill must be used as a worldwide example to show how action on climate protection through legislation and treaty can create a pathway to the benefits of reduced fossil fuel use.  We must use the spill as momentum to agree to an outline this year of what will become a binding international treaty to be concluded and signed at COP17 in 2011, in South Africa.

Since more than 40,000 people from 194 countries and 832 NGOs attended COP15 in Copenhagen, and similar numbers are expected for COP16 in Cancún, it is clear that climate legislation is a worldwide priority.

Why is there such a push for government legislation instead of privately funded action in the free market? We have seen the incredibly strong efforts of some businesses that are working to combat climate change through renewable energy, recycling technologies, energy efficient appliances and more. Why is this not enough?

One problem with the “free market” system in the U.S. is that it only provides incentives for individual companies to maximize profits. Relying on these often legally-defined short-term profits restricts companies from taking action against many areas of climate change unless government regulation requires it.  There are many important initiatives that cannot be driven through profit motive, since the profit (either to businesses or consumers) is too far in the future.

The nature of the “free market” is such that innovation in business will only provide solutions for which there are direct financial incentives. These incentives are binding governmental legislation. With legislation, individual businesses could provide better safety for drilling and transport, and stronger prevention measures for pipeline spills. With the right incentives, they could provide the necessary push to drastically reduce our use of oil, which is the only real way to greatly reduce the likelihood of future spills.

Though the Gulf spill is attracting lots of media attention at the moment, it is not the only oil-related disaster, or even the largest. Since 1969, spills in Nigeria have dumped as much oil every single year as what was spilled in the 1989 Exxon Valdez spill, causing extreme environmental and social upheaval. Using climate legislation as a vehicle to assist moving the world off oil is crucial for Nigeria and other underdeveloped countries whose individuals will suffer the most from climate change and environmental issues, and yet do the least to cause them and have the fewest resources to pay for them.

We need a legally binding treaty that will force oil companies to have working spill clean-up and prevention technologies and other companies to look for ways to drastically reduce our dependence on oil. And we must start here in America, where public support is high as we watch the damages caused by the Gulf spill.

The Gulf spill provides a clear example of privatized profit and socialized risk: there is much more private money to be made in drilling for oil than in preventing or even cleaning up spills, meaning that no truly effective technology has been developed to stop and clean up the spill. (While BP may blame the failure of every single planned solution and failsafe on accidents, we know that the energy and money that went into spill prevention and clean up technologies was significantly less than what went into new drilling technologies.)

The spill is disastrous to the local ecology and economy, including the enormous fishing and tourism industries along the coast, which have completely shut down, putting thousands of people out of work. But while we work to help the suffering environment and industry, we must also use the force of public opinion as a push towards legislation. Climate legislation would put a price on carbon, helping America and the world lessen its reliance on oil and reducing the number of future oil-related disasters. It might also provide incentive for the private sector to create better clean-up and prevention technologies in case those disasters do occur.

Recent polls show American public opinion strongly in favor of decreasing our reliance on oil and fighting climate change. Yet, without a financial signal that something must be done, changing the practices of most American businesses is very difficult. While the American public does not necessarily follow their pocketbook, price signals help do shift business actions. Climate legislation, with a price on carbon, will provide the signal, the financial incentive, and the culture-driving motivation.

We cannot see the end of our reliance on oil as an impossible feat. We must see it as possible and necessary, but understand that we need government regulation to assist the free markets by providing proper market signals. It is not too late to end our dependence on oil and reverse climate change, but we must act now.

America must be a leader of the movement with national climate legislation that will pave the way for governments of the world to follow. We must spread the word about the importance of this legislation and the long-term benefits for our country and planet. We demand that our Senators and Congressmen work to place America in a position of positive leadership for the COP 16 conference, prepared to lead the rest of the world towards a binding international climate treaty.

Jeff Wolfe is co-founder, Chief Executive Officer and Chairman of the Board of Directors of groSolar. He is a recognized leader in the solar energy industry and a leading voice on solar energy policy throughout the U.S. Jeff is in charge of strategy, M&A, and PV procurement for the Company. Under his direction, groSolar has become the fourth largest residential installer in the U.S., the largest 100% U.S. owned distributor of solar equipment and systems, and a large commercial systems provider. Prior to forming groSolar, Jeff was a Partner in Bard, Rao + Athanas Consulting Engineers, where he started and ran branch offices in Hanover, NH and Chicago, IL. Jeff is the elected chair of the PV Division of the Solar Electric Industry Association (SEIA), the country’s leading PV trade organization. He also serves on the Union of Concerned Scientists National Advisory Board and is one of only 1,000 people in the U.S. trained in presenting Al Gore’s climate change presentation. Jeff has a BSME degree from Cornell University.