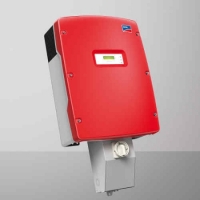 Wellinborough, UK – According to a new report from IMS Research, inverter capacity will be ramped past 30 GW this year and inverter production may exceed actual demand by more than 2 GW in Q4’10 leading to large oversupply.

This is a complete reversal of the inverter shortage that plagued the solar industry in the first half of 2010.  IMS said the inverter industry will see a “major slowdown in demand” in Q1 2011.

According to IMS Research, inverter production capacity more than doubled in 2010 and by the end of the year will exceed 30 GW. Based on the expansion plans of more than 30 top suppliers, capacity is set to grow another 40% in 2011. However, significant double-ordering occurred in H1’10 as customers panicked to secure inverters to meet demand in the German market.  Germany experienced a spike in demand in the first half as the year as Germans scrambled to install systems before the feed-in tariff rate cuts were to take effect in July 2010.

Now that German demand is slowing, these additional orders are starting to be cancelled as warehouses fill up with unwanted inverters.

IMS PV research director Ash Sharma noted that inverter demand is expected to be 13% higher than it was in the first half of the year but said that planned inverter production is forecast to be 56% higher.  “Suppliers continue to ramp capacity and production at an alarming rate given market demand,” he said.

Further, even looking past Q4, the outlook for inverter companies is bleak, said IMS.  Production capacity has been massively increased, with all leading suppliers expanding facilities and many new entrants to the market. This increasing supply, however, is likely to meet falling, or at best, stable demand in 2011 and a large fall in prices seems likely as a result.

As such, inverter suppliers will need to brace themselves for a sharp fall in profits in Q1’11 said the research company.

IMS Research is predicting that profits will be at the lowest level seen in seven quarters. A major fall in demand, coupled with intense pricing pressure and additional costs of expanding capacity will undoubtedly see a slide in supplier gross margins.