More
Home Solar If E.U. Solar Trade Case Is Filed, Industry Would Have Voice in... 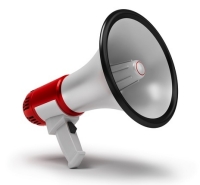 New Hampshire, USA — While a strategy of unity wasn’t able to ward off tariffs during a recent trade investigation of Chinese solar products entering the United States, a similar approach could prove to be far more fruitful under European Union trade rules.

For months, a vocal and determined group of mostly American-based solar companies pleaded its case that penalties against Chinese solar cell and panel manufacturers would harm the growing U.S. market. The Coalition for Affordable Solar Energy (CASE) made lots of headlines, but ultimately it found itself on the losing end of Department of Commerce rulings that set steep tariffs against those low-cost Chinese products feeding the American market.

Most industry insiders and analysts are expecting a similar trade complaint to be filed in the European Union. Only this investigation would have a far greater impact on the global solar industry. The European market accounts for 70 percent of global demand, compared to about 10 percent for the United States. And despite a string of bankruptcies, the European Union — and mostly German — manufacturing industry remains a far larger force than the U.S. module industry.

Many expected that a case would be filed by SolarWorld earlier this month, but the expected lull likely represents a strategy to await the most advantageous timing. If and when a case is ultimately filed, it will in many ways unfold along the same lines as the American case.

But there is one major difference that could shift strategies. The European Union takes into consideration what it calls a test of public interest. This is an opportunity for members of the industry at large to officially weigh in about how tariffs would affect everything from domestic jobs to environmental impact to the overall economy. Under the American rules, which treat an investigation on its mathematical merits, this is a line of defense that CASE did not have. The best their vocal action could have done is force a settlement.

There are other differences as well, says Jennifer Patterson, a trade attorney with Herbert Smith LLC in Brussels. Patterson spoke at length about the potential EU trade case during a conference call hosted Wednesday by Jeffries analyst Jesse Pichel. Among her key points: