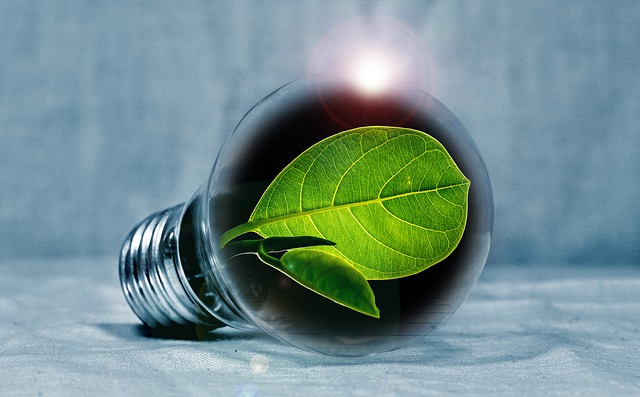 From the way we shop to the way we socialize, the internet affects nearly everything we do these days. This dramatic change in our way of life has been fueled by a handful of large tech companies, companies that are increasingly going all in on solar.

Whether driven by the economics in solar’s favor or pressure from climate change-minded investors and customers, tech companies are one-upping each other in their investments in solar and other types of renewable energy.

How are these tech giants switching to solar? A few examples:

Amazon, Facebook, Microsoft, T-Mobile, AT&T, Google and Apple, account for more than half of the renewable power purchases, but these tech giants aren’t alone when it comes to corporations investing in solar. According to Greenbiz, the past quarter set a new record for corporate renewable energy procurements.

Increasingly, companies are also noticing the benefits of the expanding solar and storage market. Apple’s headquarters in Cupertino, California is controlled by a microgrid with battery storage, and Microsoft engineers are testing battery storage at the company’s data centers.

While storage by itself doesn’t generate enough revenue for corporations, combining it with solar gives business owners access to the investment tax credit and on-site generation capabilities in the event of an outage. Both options save companies money and improve businesses’ profit margins.

Beyond Silicon Valley, other companies are following in their footsteps, and not just large corporations.

At Standard Solar, we’re helping companies of all sizes take the plunge with solar, from installation to financing to operations & maintenance. For example, we’ve helped companies like DANAC and Smith Cairns reduce their carbon footprint by installing rooftop and carport arrays to meet their energy needs, and continue to manage the operations of a large system we installed for Purdue, Inc. We’re always exploring new partnerships to help companies meet their energy needs, from ideas to execution.

Just as tech companies have changed the way we live and the way we do business, they’re also changing the way corporations use energy. There’s no question that solar energy will continue to be the preferred source of energy for companies large and small.

About the Author: As Standard Solar’s EVP of Structured Finance, Dan is focused on meeting the needs of Standard Solar’s customers with cost-effective solar energy and launching new product offerings, including solar+energy storage and stand-alone energy storage services. He began his solar career at SunEdison, where he held various positions in finance, marketing and product management before leaving to co-found Solar Grid Storage. Dobbs holds an MBA from the Wharton School at the University of Pennsylvania. He holds a M.S. in Mechanical Engineering and Technology & Policy and a B.S. in Mechanical Engineering from MIT.