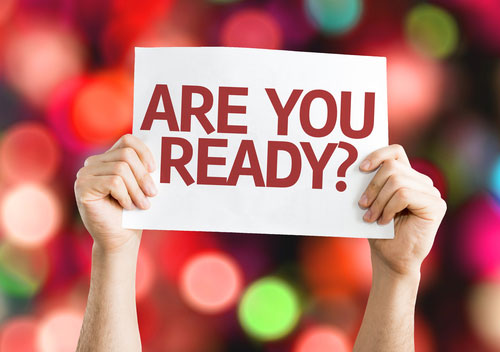 With the Fed set to raise interest rates soon and the looming expiration of the current solar investment tax credit (ITC), many are questioning what will happen next in solar, but these seemingly negative changes to the industry could actually unlock a new solar investment boom in America.

The cost of capital has long been the bellwether of solar investment. Where the numbers add up — and the cost of capital falls within acceptable risk tolerances for the deal to deliver required returns — projects have gone ahead. This has traditionally been very straightforward for large-scale projects driven by utility companies and Fortune 500 businesses — and also for residential homeowners. Their financing was possible because the transaction structures for both these segments have reliable and readily accessible public debt ratings that satisfy Wall Street’s risk mitigation and evaluation criteria.

With so may changes happening with the economy and the upcoming ITC cut it is easy to think that solar may be on the downward spiral, but on closer inspection this is not the case.

According to the 2015 Solar Investment Index, 32 percent of commercial investors will back a solar project for the first time this year, and 83 percent are making an investment in solar one of their top priorities within the next five years. This new enthusiasm for solar is being driven by technology that has finally made the risk and reward evaluation of mid-scale solar projects as straightforward as it has been for large commercial, and small residential entities.

This new boom, and the new viability of small and mid-scale commercial solar projects is benefiting the entire solar industry: investors, manufacturers and installers are gaining access to a whole new world of opportunities they could never access before; mid-size host facilities such as small regional chains, individual business owners and non-profits, who are finally able to unlock the financial, environmental and ethical benefits of renewable energy; and the local communities — particularly in the case of non-profits, see the financial savings being used to do more good.

Rising Rates and End of the ITC as We Know It

With the pent-up demand for mid-scale commercial solar projects finally being met, there are some imminent challenges facing the industry and all those who wish to benefit. While the Federal Reserve has indicated it will not rush to increase interest rates, Chair Janet Yellen’s recent remarks leave no doubt that they will rise before 2017. This has already spooked the banking industry. We have seen senior bankers start to review long-term rate commitments, shorting up on new credit duration and preparing to make their own response to any rate increases.

That timeframe is important for another reason. From January 1, 2017 the 30 percent solar ITC will drop to 10 percent for commercial, and be eliminated entirely for residential projects. This will be a big adjustment for an industry that has relied on and benefited from the ITC since 2006.

The question for solar developers is how the end of the current ITC and the inevitable, eventual rising Fed interest rates will impact the future cost of capital for projects without firm bank commitments. Several banks have already raised their expected IRRs and increased the long-term rate expectations.

Solar Development Impact in 2017 and Beyond

When the 30 percent ITC drops to 10 percent, as it will on January 1, 2017, what impact will there be on solar development? If we assume that current interest rates and capital costs hold steady through 2017, the ITC reduction will reduce the economic value of tax equity. If today’s discounted value of tax benefits provides for an allocation of 38-40 percent of the capital cost, the same methodology would reduce the value allocated to 22 percent in 2017. This leaves a 16 percent loss in the funding resource for projects and will need to be offset by further reductions in project costs or higher Power Purchase Agreement (PPA) prices.

It is unlikely that equipment cost will decline much, but there is room for significant cost reductions to be found in more efficient rooftop labor, sourcing lower cost transaction capital and improving third-party transaction charges. Over the next 18 months greater efficiency in project development and transaction costs can easily deliver a $0.25/watt saving, in other words 10 percent of the capital stack.  The remaining 6 percent loss in funding resource from the ITC change could then be taken care of by a mere $0.01/kilowatt increase in PPA prices or improvements in the cost of capital.

That reduction in capital costs could easily offset any need for increased PPA pricing, and is reasonable to expect as financial institutions, particularly the community banks, becoming more comfortable with the structured funding solutions for solar finance. We will also likely see cost savings as a result of increased competition for the limited number of tax credits. As investors need to fund a greater number of projects to realize the same quantity of tax credits, there could be a greater demand for tax credits than projects to supply them.

A Different, But Still Prosperous and Exciting Era Awaits

Change is not always bad, and while the solar market will adjust for 2017 and beyond, we will see a lot of movement and growth over the next 18 months in tax equity funds. The good news is that there will be plenty of new solar project inventory driven by the newly empowered small and mid-scale commercial solar project sector, and this along with more efficient finance evaluation and processing will continue to drive the new American solar boom.