More
Home Solar How Much Will “Million Solar Roofs” Cost? 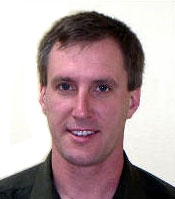 San Francisco, California [RenewableEnergyAccess.com] The California Public Utilities Commission is now just weeks away from voting to create the largest solar program in the United States. If passed this “Million Solar Roofs” initiative would create a 10-year incentive program to increase and extend California’s current solar programs, and achieve Governor Schwarzenegger’s 3000 MW solar target — equivalent to one million 3kW residential solar energy systems. But will the Commission provide adequate funding for the Million Solar Roofs Program? How much money is really necessary? What will it cost the average residential customer?

Earlier this year, the Governor introduced the Million Solar Roofs legislation (SB1) to implement program through the Legislature. The bill, which ground to a halt amid partisan wrangling in September, would have created a $2.5 billion program of declining incentives over ten years. This budget level was deemed necessary by the Governor’s office and the Legislature to achieve the Million Solar Roofs goal and was calculated by factoring in projected cost reductions in solar manufacturing over time as the solar industry achieved economies of scale. Now that Governor Schwarzenegger has asked the Public Utilities Commission to implement the Million Solar Roofs program on its own, the solar budget is being looked at closely again. In June, the CPUC issued a staff report that called for a 10-year solar program budget ranging between $1.1 – $1.8 Billion. Just last week, however, the Governor used his radio address to call for allocating $3 billion dollars for the Million Solar Roofs program. One reason for the discrepancy is that the June CPUC report was based on the expectation of meeting only that portion of the Million Solar Roofs target represented by Investor Owned Utilities (IOUs), which make up about 75% of the state, and excluded the budget necessary for Municipal Utility Districts, which comprise about 25% of the state. Now that responsibility for implementing the Million Solar Roofs program has shifted from the Legislature to the CPUC, the full 3000 MW will need to be installed within the IOU areas because the CPUC cannot mandate that municipal utilities participate and legislation to achieve this faces stiff opposition from municipal utilities. Therefore, to insure that the Million Solar Roofs goal is achieved, the CPUC will need to allocate at least $2.5 billion over 10 years (at least $250 million per year). Among solar advocates and the solar industry, there is broad consensus for at least a $2.5 billion incentive. While California currently leads the nation in annual solar spending at approximately $150 million a year, it is clear that to bring down the cost of solar over the long term, the incentive budget must be increased in a meaningful way. In addition, the 10-year commitment to the program is crucial to avoid the boom-bust subsidy cycle that has hindered the solar industry’s growth to date. Major solar manufacturers are now being asked to sign 10-year contracts to procure silicon feedstock. Without a long term solar program or sufficient volume, it will be more difficult for solar manufacturers to get the best price for silicon and achieve economies of scale. So how much would the average residential customer in California pay if the CPUC were to create at least a $2.5 billion solar budget? Pocket change. The average residential customer would pay less than 25 cents/month more to make a $2.5 billion solar program possible. This amounts to about $3.25 per year, which is more than a Snickers bar and less than a grande decaf latte. According to public opinion polls, Californians are willing to pay even more to support a robust solar program. In a Field Poll conducted in June, 56% of Californians said they would be willing to pay up to 50 cents/month extra on their utility bills to support the Million Solar Roofs program. Critics of the Million Solar Roofs program charge that solar energy is still too expensive to warrant such a major commitment from the state and that California’s electricity rates are already too high. But with California importing 85% of its natural gas from out of state, it is clear the state remains far too vulnerable to price fossil fuel price volatility (the 2001 energy crisis cost California about $40 billion). Already Californians’ are bracing for natural gas bills to rise by 50-70% this winter due to Hurricane Katrina. A forward thinking energy policy would seek to respond to such vulnerability by bringing down the cost of clean energy through the one mechanism we know works — long-term incentive programs. Viewed in this light, the adoption of the Million Solar Roofs program by the CPUC for $2.5 – $3 billion is a bargain. David Hochschild is Director of Policy at the Vote Solar Initiative.