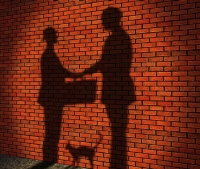 Canberra, Australia — The upcoming Shanghai IPO of Himin Solar, one of China’s largest solar water heater companies, has been suspended by the China Securities Regulatory Commission (CSRC) and the company has been placed on a list of enterprises whose IPO evaluation procedure “has been terminated.” Chinese news reports speculate that the reason for the IPO’s abrupt cancellation is Himin’s involvement in a Shandong province corruption scandal which has already claimed the scalp of one of its leading politicians.

On 29 June CSRC’s regular information release on companies applying for listing revealed publicly for the first time that Himin Solar’s IPO evaluation procedure had been terminated. Chinese news sources allege that Himin Solar applied for suspension of the IPO as recently as 27 June, although at the time of writing Himin Solar itself has not released any detailed information on reasons for annulment.

Chinese commentators speculate that the sudden cancellation of IPO procedures is due to Himin Solar’s involvement in a corruption scandal which has toppled one of the most senior politicians in Shandong province, where the company’s are located in the city of Dezhou. On 25 June the Xinhua News Agency reported that Huang Sheng, Shandong’s deputy governor, had been expelled from the party and placed under investigation by central government authorities for bribery and abuse of his official position for personal gain. Guangdong’s Southern Weekend subsequently reported that a renewable energy company in Dezhou under Huang Sheng’s watch had obtained large parcels of land at prices only a third of the market rate.

Although the renewable energy company involved in the scandal has not yet been named, the two major solar corporations in Dezhou are Himin Group and its partner company Ecco Solar Group. This fact, coupled with the peculiar timing of Himin’s application for IPO annulment only two days subsequent to Huang Sheng’s public fall from grace, has led many observers to conclude that Himin is the unnamed renewable energy company in the Southern Weekend news story.

Himin is one of China’s largest and most well-known solar water heater companies, and displayed sufficient promise several years ago to attract nearly US $100 million of investment from Goldman Sachs and China’s CDH Ventures. Chairman Huang Ming has long harboured plans for the company to go public, yet this marks the third occasion that a slated Himin IPO has run aground. In 2008 Himin’s hopes for an overseas IPO proved fruitless, and in 2010 the company’s application with CSRC for domestic listing as an A-share (a share traded on the Shanghai or Shenzhen stock exchanges whose ownership is restricted to Chinese nationals) was also thwarted, this time due to allegations by product distributors of tax evasion.