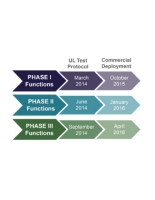 Hawaiian Electric Company’s (HECO) recent vow to break the logjam of 4,800 stalled applications for new residential PV in its territory by April relies in substantial part on the utilities’ ongoing study and expected future requirement of advanced inverters. The utility expressed hope in August that the use of advanced inverters, among other key grid modernization steps, will enable it to ultimately triple the 300+ MW of PV connections on its grid.

Jim Alberts, HECO senior vice president of customer service, said last week that, “Applying results of recent inverter testing over the next five months we expect that we’ll be able to approve almost all of the customers who have been waiting for interconnection on these high solar circuits.” Year to date, HECO has approved some 7,500 applications from customers to connect their rooftop solar systems to the grid. With the logjam broken, HECO projects that it will have 546 MW of installed PV capacity in its territory by the end of 2016.

Among new features that inverters will need to meet approval from HECO are: stricter settings to prevent transient overvoltage, or rapid voltage spikes; and specifications to ride through possible unstable frequency and voltage conditions during emergencies on the island-wide electric grid. Among challenges HECO acknowledges it faces is a determination of who pays for additional functionality it may require in inverters.

HECO’s inverter policy was “influenced by research provided by the Electric Power Research Institute (EPRI) and the Smart Inverter Work Group (SIWG) of the California Public Utilities Commission.” SWIG recommendations for functional upgrades to inverters will become commercially available in stages over the next two years. HECO notes that some advanced inverters may be installed in its area prior to the formal approval of UL standards.

In HECO’s 515-page Distributed Generation Interconnection Plan (DGIP), submitted to the Hawai‘i Public Utilities Commission in late August, the utility indicated that it is planning to spend $290,000 a year over the next three years to set up inverter test labs and conduct tests. The effort may save the utility some $19.5 million in avoided distribution transformer upgrades, the DGIP indicates.

Among tests HECO is conducting on the use of advanced inverters is one that will continue next year with SolarCity and the U.S. National Renewable Energy Laboratory (NREL) that includes the testing of distributed generation inverter transient over-voltage (TrOV), anti-islanding of multiple inverters, advanced inverter volt/volt-ampere reactive (VAR) support, and bidirectional power flow.

HECO also is working with Gateway, Fronius, Hitachi and EPRI on various inverter test projects, out of half a dozen that started this year and are slated to continue through 2016. Apart from residential PV configurations, HECO also is testing advanced inverters with electric vehicle charging stations in cooperation with companies from both the United States and Japan.