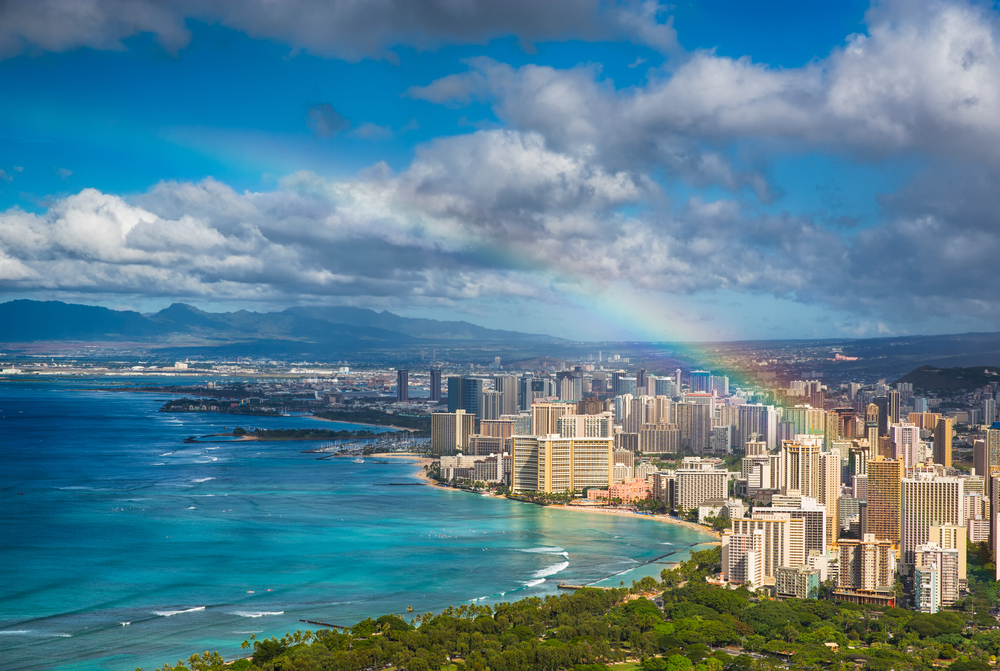 The Hawaii Public Utilities Commission (PUC) recently issued a ruling ending net energy metering (NEM) for all new solar customers in the state. Now, new customers will have a choice to make between two new tariffs: a “grid-supply” option and a “self-supply” option. (More on their details in a moment). Neither is as favorable to solar PV as the net energy metering tariffs of today.

There is plenty of concern that this change will shrink Hawaii’s rooftop solar market, negatively impacting low- and middle-income customers in particular. These concerns are real. Grid-connected solar under the new tariff will be less valuable than it currently is; although, with export compensation still at $0.15–0.28 per kilowatt hour under the export option, solar is still a smart investment in nearly all of Hawaii.

However, these new tariffs could open the door for technology and business models that leverage demand flexibility and battery storage. Solar, storage, and demand flexibility together can maintain and potentially enhance the value of PV for new customers through things like increasing on-site consumption of solar so that NEM is no longer necessary, allowing a home to respond to changing grid conditions, and adding resiliency.

A combination of sunny weather and the nation’s highest retail electricity prices have combined to make PV very attractive to Hawaiian residents with suitable rooftops. These conditions, coupled with net energy metering, have driven very high adoption: 16 percent of Oahu residents have rooftop solar, leading the country by far.

The utility serving most of Hawaii, Hawaiian Electric Co. (HECO), has repeatedly raised alarms due to a host of technical issues (some real, many perceived) related to high PV adoption. This led to onerous new interconnection policies in 2013 that dramatically reduced the rate of new installations, generated widespread customer outcry, and prompted some customers to defect from the grid entirely instead of waiting for their systems to be interconnected. The confluence of these dynamics prompted the Hawaii PUC to require HECO to propose a sustainable path forward for customer-owned, distributed PV.

In response to the PUC’s requirements, HECO proposed two new tariffs to replace the existing NEM arrangement. And on Oct. 12, the PUC approved (PDF) those proposed tariffs with some modifications:

These options, compared to NEM, are bad news for traditional PV customers for one main reason: typical solar customers in HECO only directly consume about half of the energy that their PV systems produce. The rest of the solar kilowatt-hours are exported to the HECO grid. With NEM, the number of solar kilowatt-hours consumed on site doesn’t matter, but under both of these new tariffs, exported energy is worth either less or nothing depending on the tariff. But here’s the good news: demand flexibility and battery storage can help capture the full value of rooftop PV for future solar customers.

In RMI’s recent report from August, The Economics of Demand Flexibility, we analyzed an early, proposed version of the new tariffs from HECO. As shown in the chart below, we found that using simple technologies to tap the flexibility inherent in common household loads can raise the amount of rooftop PV energy consumed on site from 50 percent to nearly 90 percent.

Self-consuming 90 percent of solar kilowatt-hours under these new tariffs could dramatically change the value of solar for any new solar customers. If new customers take advantage of demand flexibility alongside their solar systems, they can save 33 percent on their electricity bill. These bill savings, while not quite as good as the value of distributed PV under HECO’s previous NEM regime, still represent nearly 80 percent of the savings that the old NEM arrangement offered.

This figure shows the savings available for a large residential customer in HECO who switches from the base, volumetric retail rate to a self-supply tariff. Demand flexibility and batteries help increase on-site consumption of rooftop PV energy, avoiding consumption of utility-purchased energy and enabling substantial customer bill savings.

The demand flexibility technologies necessary to capture these savings are simple and include:

This figure shows a base-case, uncontrolled load profile in the top panel; only 50 percent of annual PV energy is consumed on site. In the controlled case (bottom panel), when loads are orchestrated to operate during hours of PV production (and using batteries to consume even more of that PV when the sun isn’t shining), nearly 90 percent of PV energy is consumed on site.

By de facto incentivizing future solar customers to install batteries and demand flexibility with these tariffs, HECO has effectively directed all future solar customers to turn their buildings into dispatchable grid assets. Put another way: by making their loads flexible and installing storage, future solar customers will be able to respond to additional price signals from HECO in order to deliver key services to the grid—services that they would have been unable to provide (let alone get paid for) with a standard rooftop PV system alone. In addition, customers will be able to manage their electricity bills more effectively in the event that pricing evolves further.

For example, RMI’s recent report from earlier this month, The Economics of Battery Energy Storage, shows how batteries, when placed behind the meter, can deliver a suite of 13 different electricity services to the grid. Homes with solar PV, smart controls, and a battery deployed in response to HECO’s new tariffs are capable of delivering all 13 of these services. Moreover, our research shows that batteries deployed for solar self-consumption typically are only used for one-third of their useful life. That means they can be re-dispatched to deliver other services to the grid much of the rest of the time. Batteries deployed in response to HECO’s tariff could deliver a stack of other services to HECO such as frequency response, voltage support, and distribution upgrade deferral, and the revenue associated with these additional services could further improve the economics of solar PV systems paired with smart controls and batteries.

In addition to the role that demand flexibility and storage can play in preserving the value proposition of solar PV, they are also products that customers want, period. Smart thermostats, for example, are expected to make up the majority of all thermostat sales in the U.S. by the end of this year. Customers like the ability to monitor and control energy use in their homes automatically, because it enhances comfort and convenience. Storage allows a home to be resilient; while the value of backup power varies dramatically, customers like that it’s there.

HECO’s new tariffs could lead to two high-level outcomes. First, customers could begin cost-effectively defecting from the grid entirely. This is a real possibility: SolarCity has announced an off-grid, solar + battery solution for Hawaii customers wanting to profitably disconnect from the HECO grid with installations expected to start next year.

But mass grid defection is not the solution to creating a cheaper, cleaner, and more-resilient electricity system. Instead, we should move towards a more-integrated grid where the new solar customer described above can contribute to grid functions, lowering their neighbors’ costs as well as their own. With this ruling, innovative third parties have an opportunity to bundle distributed energy resources in ways that make them more valuable to customers and the grid. The rapidly-evolving, high-PV situation in Hawaii provides opportunities for demand flexibility and battery storage to lead towards a more-integrated grid that reduces costs and enhances reliability for both customers and the utility. Thus the big news about NEM coming out of Hawaii this week isn’t all bad for solar … if solar leverages demand flexibility and storage.