It takes a special person to farm these days. Long hours, hard work, and the uncertainties of weather and yield are nothing new to farming, but the 21st Century presents new and unique challenges—and the results are increasingly dependent on factors beyond farmers’ control.

Increasingly unpredictable weather. Insect infestation. Disease. Low commodity prices. All of these can cripple farmers’ ability to maintain their livelihood. With the combination of tariffs causing plummeting commodity prices and noticeable weather shifts due to climate change, farmers across the country are struggling to make ends meet and things are only getting tougher.

A recent report in the Associated Press found that “[t]he nation’s farmers are struggling to pay back loans after years of low crop prices and a backlash from foreign buyers over President Donald Trump’s tariffs, with a key government program showing the highest default rate in at least nine years.”

According to the article, 19.4% of loans were delinquent as of January of this year, an increase of almost 3% over the previous year.

One dairy farmer told USA Today: “There’s nothing in dairy farming that makes any money right now. Just nothing.”

In other words, farmers are hurting.

One thing that is—and always will be—reliable is the sun. It comes up in the morning and goes down at night. You can depend on the sun in a way that you can’t trust politicians, rain, or commodity prices. And many farmers are taking advantage of the dependability of the sun, making reliable revenue with a new “cash crop”—solar energy.

It’s a trend that’s quickly spreading–and helping farmers keep their farms while diversifying their revenue sources. One example is North Carolina, which has been a leading solar state now for several years, with strong solar policies. A 2017 report by the North Carolina Sustainable Energy Association found that solar in the state generates 30% of the income of an average farm. That same report found that the typical annual rent payments for farmland by solar companies range from $500 to $1,400 per acre in North Carolina.

But expect solar to spread to other states and regions–with solar growth ready to take-off. Over the last several monthsWisconsin, Minnesota, Illinois, and New Mexico have introduced 100% clean energy legislation. Add to that similar clean energy friendly legislation in New York, Pennsylvania, New Jersey, and Virginia and it’s clear that solar has reached America’s heartland.

As a result, there are incentives farmers can take advantage of under these new mandates that make installing solar a financially smart decision. Incentives, combined with consistently falling prices for solar installations, means solar makes sense for farmers in more places than ever before.

What do farmers need to know?

First, solar works well when co-located on a farm, and can be built in ways that minimizes impact. Solar is quiet, uses almost no water, doesn’t pollute, and once a facility is decommissioned, the land can go back to its previous use. This makes solar a great option for farmers looking to improve soil health by fallowing land. As an added benefit, a quarter century later the land will remain undeveloped by home or commercial construction, roads, and the other pressures open land in agricultural areas face.

Second, solar facilities on farmlands can be raised to allow for grazing livestock and the planting of shade tolerant crops under or near solar panels like beans, kale, melon, squash, lettuce, peppers and broccoli.

Farmers interested in taking the next step should do their due diligence on choosing the solar developer they decide to work with and ask the following questions:

The right solar developer will be able to answer those questions clearly and with integrity. Solar is a huge opportunity, but it’s not going to work for every farmer and won’t require as much land as some think. Studies have shown that if America were going to get all of our electricity from solar, it would require less than 2% of the land dedicated to cropland and grazing in the United States, and less than the current amount of land used for corn ethanol production.  That means, if a farmer is interested in solar, the time to look into it is now. The sun rises every morning, but the sun will eventually set on this solar opportunity. 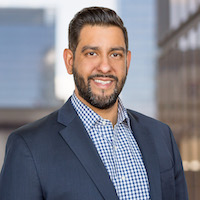 Manish Nayar is Founder of OYA Solar Inc. and serves as its Managing Partner. Mr. Nayar has overseen the growth strategy that has allowed OYA to become a leading North American PV developer. He has over 15 years of strategy, investment banking and manufacturing experience. Prior to founding OYA, he was with the Investment Banking group of Merrill Lynch & Co.