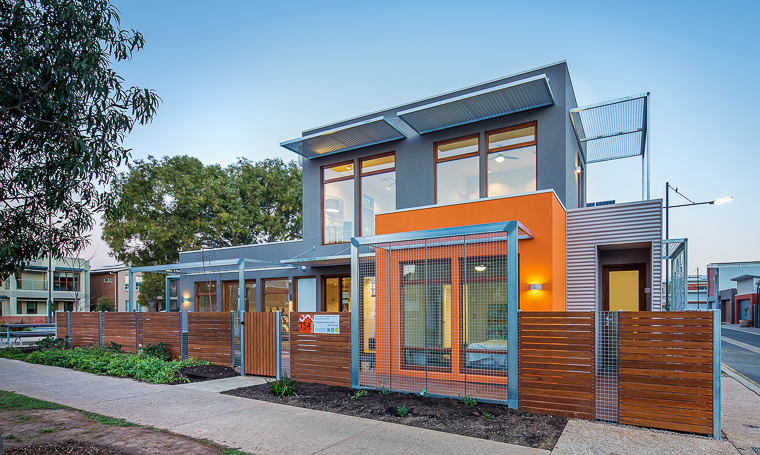 The homes use less than one-third of the energy usually needed to maintain thermal comfort and include features typical of low carbon dwellings, such as energy efficient lighting, solar hot water and appliances.

South Australia’s first zero carbon home was completed at Lochiel Park, a Renewal SA project, in 2013. The carbon dioxide produced by the home over its 50-year life will be offset within 32 years through cutting-edge sustainability systems.

Researchers at the University of South Australia studied the energy consumption and generation of Lochiel Park Green Village.

The investigation looked at the value propositions of the zero carbon housing policy and found that homes generated more energy than they consumed.

Lead researcher Stephen Berry said the financial benefits could also be applied to the broader population.

“We looked at the value proposition from two perspectives. One from the perspective of the homeowner, where we found that the net benefits from having a zero carbon home could be around $25,000 across the life of their home,” he said. “Second, was the benefit to the wider community. For every dollar invested, the community would receive almost $2.50 in economic gain. By having super efficient homes, that can cope with heat waves stress conditions you will end up lowering the cost for everyone in the community as well.”

He added that, “if we were to move towards this kind of building standard, we could see around $1.3 billion across the state. Even though we collected our data from Adelaide, the concept is equally valid in other climates. In fact, the more extreme the climate, the greater the benefits become.”

Lochiel Park homeowner Willie Smyth said his home allowed his family to feel comfortable throughout the year and eliminated almost all energy costs.

“We hardly use any heating in the winter. Even in the summer, the only time we have to use some air conditioning is when it is very hot, and once the house reaches a good temperature it can stay that way for some time,” he said. “We ended up with no electricity bills. The only energy bill we have is our gas bill. That’s a relatively small amount in itself.”

“The people living in Lochiel Park have no fear of the cost of energy because they actually generate as much energy as they use. The fact that none of them have an electricity bill helps to reduce the stress of owning a house,” he said. “Most of the residents were also of one mind in thinking that they were helping with the environment, which helped with their mental well-being.”

The research was funded by the Cooperative Research Centre for Low Carbon Living (CRCLCL), which is pushing for a national zero carbon housing standard.

“It has been possible for people to build individual homes that are zero carbon, or near zero carbon homes. But this project shows that it can be expanded on a bigger scale,” he said. “There are multiple co-benefits of living in one of these homes. The cost benefits, environmental benefits and the health benefits all point to the fact that there will one day be a carbon neutral city.”

This article was published under a Creative Commons agreement by The Lead South Australia.