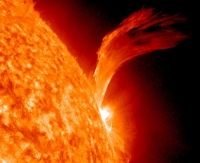 After Google announced the phase out of its RE<C initiative last month, some in the press drew the conclusion that the tech giant was pulling out of renewables altogether. We quickly pointed out that it was a simple shift in Google’s strategy — moving from R&D to deployment, where the company could make a bigger impact.

Well, here’s more evidence of Google’s flair for renewable energy deployment. Adding to the $850 million in clean energy deployment investments,Google is putting another $94 million into four solar photovoltaic projects representing 88 MW of capacity around California. The projects will be built by a leading North American developer Recurrent Energy.

(Here’s a little factoid about the relationship: Recurrent CEO Arno Harris is the former general manager of EI Solutions, the company that installed a 1.6 MW PV system on Google’s headquarters. That was back in 2007, when a 1.6 MW system was a huge deal. Now it’s a regular occurrence to quickly install PV projects with tens of MW of capacity.)

This latest round of solar investments brings Google’s total clean energy portfolio to $915 million. Electricity from these installations will be sold to the Sacramento Municipal Utility District under a Feed-in Tariff over a 20-year period. The global financial firm KKR will co-invest with Google in the projects.

This rounds out the year well for the U.S. solar market, which saw 140% growth in the third quarter of this year, bringing installs to over 1 GW.

Developers are rushing to take advantage of the expiring Treasury Grant Program, which provides a 30% cash payment through the Treasury rather than a 30% investment tax credit. That program expires at the end of this month, and Congress does not look prepared to extend it. If the grant is not extended, solar analysts say the market could drop off substantially in 2012 —potentially preventing the creation of another 37,000 jobs, according to a report commissioned by the Solar Energy Industries Association.

This article was originally published by Climate Progress and was reprinted with permission.