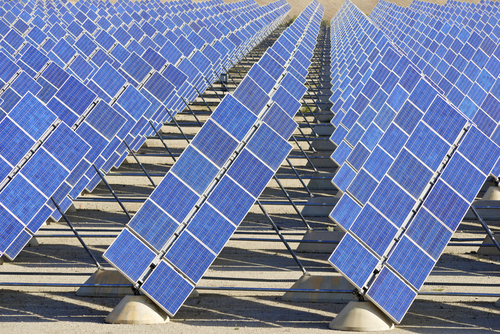 ReNew Power Ventures Pvt., the Indian clean-energy company backed by Goldman Sachs Group Inc, bested the competition at an auction on Thursday that awarded rights to build 1.2 GW of solar projects in the eastern state of Jharkand.

ReNew netted 522 MW worth of of projects, Jharkhand Renewable Energy Development Agency Director D.K. Tewatia said by phone. The state auctioned off projects in a 1-GW block and in a 200-MW block, he said, adding that the developers were in charge of arranging land for the projects.

“We aim to issue letters of interest in next 15 days, and in a month of that will sign the power purchase agreements,” Tewatia said. Tariffs ranged from 5.08 rupees ($0.08) to 7.90 rupees per kilowatt hour depending on the size of the projects, all of which have to become operational between May and November 2017, he said.

Founded in 2011, ReNew Power has more than 2 GW of clean-energy assets that have been commissioned or are under construction. In addition to Goldman Sachs, the company has drawn investments from the Abu Dhabi Investment Authority, the Global Environment Fund and the Asian Development Bank. It operates in eight Indian states. The government of Prime Minister Narendra Modi wants installed solar capacity to rise to 100 GW by 2022 from 5.25 GW as of Jan. 31.

According Tewatia from the Jharkhand Renewable Energy Development Agency, other bidders that won rights to develop solar projects include: