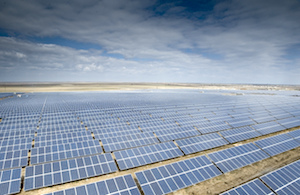 Global solar power saw considerable success last year, with installations increasing by about 29 percent to 98.9 GW from 76.5 GW in 2016, according to data released today by SolarPower Europe.

Asia was a major source of growth in the sector, with solar deployment in China and India contributing more than 63 percent of the total solar demand in 2017, SolarPower Europe said. The Chinese solar market saw the largest growth, reaching 52.8 GW in 2017, up from 34.5 GW in 2016. The U.S. was the second largest growth market with 11.8 GW, followed by India with 9.6 GW.

In a statement, SolarPower Europe President Christian Westermeier expressed concern about the European Union’s (EU) policies on renewable energy and its ability to “keep pace with the rest of the world on solar energy.”

“Solar’s continued growth is great news as we move the global energy transition forward — but Europe is at risk of being left behind,” James Watson, CEO of SolarPower Europe, said. “The EU must ensure that it addresses obstacles to solar’s potential, such as barriers to self-consumption and it must ensure a strong framework for small scale solar.”

He added that the EU must support policies that encourage more solar installations, such as the removal of trade barriers on solar panels.

The EU last September set a minimum import price (MIP) on solar panels with a schedule for it to decline in 2018. In July 2018, according to the European Commission, the MIP will be:

The association said that the new data are based on early market estimates for 2017, and final figures for the year will be released in June along with a five-year solar demand forecast.