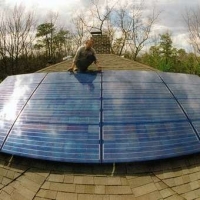 New Jersey, United States — Despite the incomparable success of the feed-in-tariff policy in driving higher solar PV penetration in major markets throughout the world, the SREC has become a preferred incentive tactic in many states in the U.S. Favored largely because policymakers generally believe — accurately or not — that they are more market-friendly and less costly to utility ratepayers, SRECs have become the primary solar incentive policy in key states such as Maryland, Massachusetts, New Jersey, Ohio, Pennsylvania, and North Carolina.

As the design of SREC policies differs by state, there has been some debate surrounding the value and impact of one of the key attributes of SRECs: qualification life, or the period during which a solar project is eligible to receive SRECs and thus benefit from the additional revenue they generate. Most states do not limit the period solar projects qualify for SRECs, thus allowing them to benefit from this incentive indefinitely. New Jersey, however, has instituted a qualification life for its SREC program, in effect limiting solar projects to collecting SRECs for 15 years. While limiting the life of SREC eligibility eliminates potential windfall profits for generators and minimizes costs to ratepayers, it also risks weighing on IRRs (internal rates of return), restricting potential financing and thus holding back the solar market’s development.

In order to properly evaluate the merits of limiting SREC qualification life, it is crucial to not lose sight of the primary role SRECs play in an incentive policy. First and foremost, their express purpose is to maximize the adoption of solar power in a given market at the lowest cost to society.

Given the high upfront cost of solar and the extended and uncertain payback, there is no greater hindrance to higher solar penetration in the world today than financing. The effectiveness of a solar incentive policy today, thus, rests largely upon its ability to make solar projects more economic and, in turn, more bankable and more capable of attracting the financing necessary for the project to break ground.

A 2009 Deutsche Bank Climate Change Advisors report titled, “Paying for Renewable Energy: TLC at the Right Price” has been widely cited for identifying the three most crucial factors for renewable projects to attract investment capital as “TLC”—Transparency, Longevity, and Certainty. From this perspective, the ultimate goal of an SREC policy must be to promote these three factors at the least expense to society.

When approached purely from this perspective, an SREC with a 20-year lifespan appears clearly superior to one with a 15-year lifespan, as it provides greater longevity of incentive payments that theoretically boosts the economic returns of a project. Clearly, the ability to generate revenue from the sale of SRECs for an additional five years only serves to boost the total revenue and income of a project over its useful life. In turn, everything else being equal, the longer a project generates SREC revenue the higher its IRR and the more attractive it will be to banks or investors financing the project.

Of course, this simplistic approach ignores the time value of money. Due to the impact of discounting and the likelihood that SREC prices will decline on an annual basis at least in line with a market’s Solar Alternative Compliance Payment or SACP, the later years of yield diminishing returns. (The SACP refers to the penalty an electric utility must pay for not generating enough solar electricity to meet the solar carve-out portion of its Renewable Portfolio Standard.)  The SACP, then, represents a cap on an SREC’s price in a given year and in New Jersey, it declines at an annual rate of 2.5%.  As the chart below shows, because SREC prices decline annually, the later years of a qualified life yield diminishing returns to an SREC’s NPV (net present value).

Another important factor to consider in determining the impact of an extended— if not infinite—qualification life is pricing. The longer a project generates SRECs, the higher the aggregate SREC supply in a market over a given period. Assuming flat utility demand, a market that accommodates a longer qualification life will also suffer from greater pricing pressure, thus offsetting the higher IRRs generated from a longer life.

Putting the monetary value of SRECs aside, there are a number of additional academic arguments in support of a longer SREC qualification life. These range from the administrative—such as the concern that the use of qualification life increases regulatory risk and makes New Jersey’s policy inconsistent with the rest of the country—to the philosophical—the notion that SRECs represent the societal value of the environmental benefits of clean energy and thus ought to be paid over a project’s entire life. And while a more suitably economic argument—that a longer life is needed to increase “investor confidence and planning visibility”—makes a logical case on a theoretical basis, none of these ultimately address the practical impact SRECs have in the marketplace.

Though a legal mandate that allows solar projects to generate SREC revenue over a multi-year time frame provides both “transparency” and “longevity,” the structure of SREC policies and the laws supporting them in some markets have undermined the “certainty” required for more widespread and effective financing of solar projects.

If the purpose of a solar incentive policy is to make projects more economic and thus bankable, the only question of any relevance regarding the design of an SREC policy is how well it improves a project’s chances of secure financing and ultimately its prospects of breaking ground so that it has the opportunity to generate energy—and thus SRECs—in the first place.

While a legal right to generate SRECs may mean a project will ultimately be able to generate revenue from selling them in the market each and every year, the lack of certainty arising from both market pricing and utility demand for SRECs in the future severely limits the value banks ascribe to an SREC revenue stream throughout a project’s life. For the most part, banks will only give credit for the upfront sale or a long-term contract for the sale of a project’s future SRECs.

However, unless the law requires it in a given market, projects find it nearly impossible to sign into long-term contracts for the sale of SRECs at a reasonable price. Because SRECs are traded on the open market, pricing in future years is all but certain and thus is heavily discounted by “SREC aggregators” willing to take the risk of buying long-term contracts. To further compound the problem, the deals that electric distribution utilities sign with power generators generally last no longer than three years. In turn, there are few buyers willing to pay for SRECs more than three years in advance.

With most projects not paid for in cash but financed by banks, their prospects are more often than not entirely in the bank’s hands. However, with the ability to capitalize on the NPV of only the first few years of SREC payments, the impact this revenue stream has on a project’s economics is severely diminished, and the debate between a 15-year and an infinite qualification life is a futile one.

Of far greater importance to the design of an SREC policy is its ability to attract higher levels of financing. In turn, states would be wise to follow the example of Maryland, where electric suppliers are only allowed to purchase SRECs through 15-year contracts in one upfront payment based on the NPV of an SREC price fixed at 80% of the SACP. Only in this way will an SREC policy rival the feed-in-tariff in providing not only Transparency and Longevity but also Certainty.

In conclusion, the value SRECs provide is driven less by the added revenue it may generate over the life of a project than by the perceived value banks will give them credit for. In turn, nothing is of greater importance than (1) the longevity of a long-term contract, and (2) the certainty of future SREC pricing. Instead of focusing on the duration of an SREC’s qualification life, the design or reform of an SREC policy must therefore focus on establishing and supporting a marketplace that accommodates SREC contracts that are both long-term in nature and based on a fixed price. Without these characteristics, projects will find it difficult to get financed and ever generate SRECs to begin with.