New Hampshire, U.S.A. — Germany’s Federal Network Agency, Bundesnetzagentur (BNetzA) has weighed in with an official region-by-region tally of solar PV installations during 2011, but says the real story is in the differences of growth by system size.

EuPD Research reports on the BNetzA’s numbers (Excel spreadsheet here), which confirm what many already estimated: the country installed just a hair under 7.5 gigawatts (GW) of solar PV in 2011, just about flat with 2010, with almost half of that (3 GW) in December alone. About 238,000 units were installed across the country, down from about 250,000 in 2010.

More stats called out by EuPD Research about the BNetzA tallies:

System size: The market has slowed down considerably, but especially among mid-size installations. Systems of sizes 10-50 kW totaled over 2.6 GW of installations in 2010, but that shrunk to barely 2.0 GW in 2011, a decline of 22 percent. Systems 50-250kW in size were down nearly 19 percent.

On either end of the spectrum, though, growth was happening. More than 2.3 GW of capacity was brought online in the form of big (1MW and larger) solar PV systems; that’s growth of 66 percent over 2010. The smallest grouping of systems (0-10 kW), meanwhile, rose 10 percent to 759 MW.

Regions: Overall, Bavaria leads with 1.75 GW, with Brandenburg more than doubling to 1.0 GW, attributed to expansion of “open space systems.” Within the regional numbers, though, “the established states seem to be in retreat,” observes EuPD Research. Bavaria, Baden-Wüttenberg, and Schleswig-Holstein all show declines, while eastern provinces are on the rise thanks both to an increase in large-scale systems but also smaller and medium-size plants. Only in Baden Wüttenberg did smaller (less than 10 kW) systems not show any growth.

That doesn’t mean the Germany market is saturating. Rene Mund, EuPD Research analyst, points to strong adoption at the end of the year, which has extended into the first quarter of 2012. And 4Q11 would have been even stronger if not for installers’ limited availability and capacity.

2012 outlook: EuPD Research forecasts Germany will add 5.9 GW of solar PV this year, a 20 percent dropoff, with the market’s direction dependent less on “mechanisms of activation” and more upon pricing trends, which have been firming up in recent weeks and should continue to do so until midsummer, the firm says.

Proposed reductions to the government’s support for solar PV are still being hashed out, have “heated up the market but rather artificially,” EuPD says, and in fact “the impending cuts have brought about the opposite of what was initially intended.” A 3.0 GW surge of installations in 1Q12 “was a plausible scenario” which should spark more debate on funding levels; other issues coming to the forefront include decentralized storage, and even the continued existence of the Renewable Energy Sources Act (EEG). Levelized cost of electricity (LCOE) for PV systems has approached levels low enough that it’s “theoretically possible to operate plants outside the EEG,” according to EuPD, citing Jan Winkler of CleanTech 360 Consult, and special power purchase agreements (PPAs) may also be an alternative. Business models need to evolve, though: “Many companies have missed a clear reorientation here. The speed at which this conversion is possible largely determines success or failure,” they say. 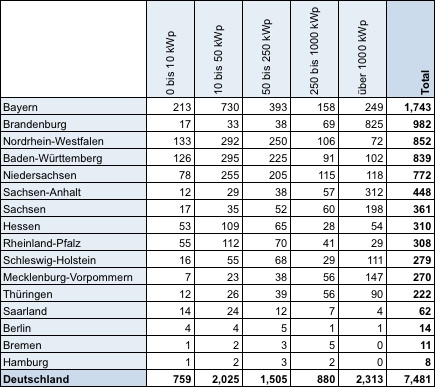 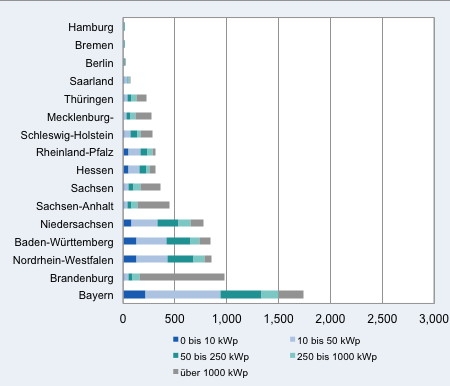